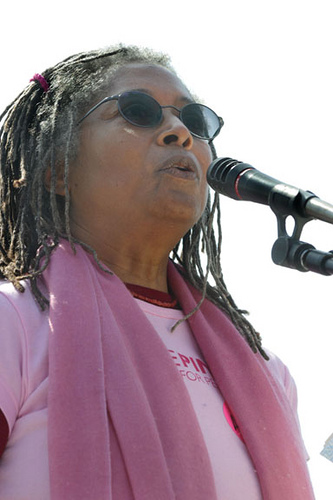 Kali Films have asked us to spread the word about their attempts to crowd-source the funding to allow them to release a film about the life of novelist Alice Walker.

Between them with a mixture of small grants, donations and credit card funding they have managed to film around 85% but need to raise another $50,000 in the next three months. In the team’s own words:

We all know that well-behaved women rarely make history, but what of the rebels and writers, artists and activists, mothers, daughters and sisters who refuse to behave? They are the women who take the risks that change society. Who tells their stories? Alice Walker is one such woman, a risk-taker, a poet, human rights activist and novelist.

Your donations would help to fund outstanding interviews, editing, and music and archive film clearances. For more information, see their fundraising page here, and you can view the trailer below.