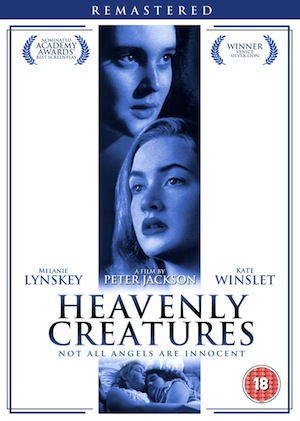 Heavenly Creatures is the 1994 film by Peter Jackson that put him on the international film circuit and rocketed Kate Winslet to fame.

Based on a crime that shocked a nation, it features two New Zealand schoolgirls: Pauline (played by Melanie Lynskey), who has no affection for her family or her classmates, and Juliet (Kate Winslet), the beautiful and wealthy new student who becomes her best friend. Through their shared tastes in art, literature, and music they begin to build an elegant fantasy world. However, when Juliet’s parents threaten to separate the girls, they make a ruthless pact to preserve their fairytale forever, whatever the cost…

For your chance to win one of the three DVDs with the newly re-mastered version of the film, please e-mail us by Friday with your answer to the question below.

Which prize did Heavenly Creatures NOT win?

Heavenly Creatures will be reviewed by The F-Word shortly.