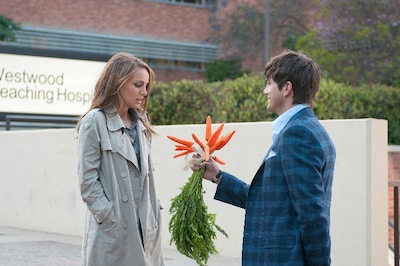 ‘Friends with benefits’ is not such a novelty as a recent series of Hollywood films is trying to present it, says Evelyn Krampf, debunking the phenomenon as a mere plot device serving the usual goals of good ol’ heterosexist romcom

While Joan Didion probably did not have the fuck-buddy phenomenon in mind when she noted that films tend to treat decade-old social changes like taboo topics, the recent siege of sex-friend romcoms fits the premise.

Released in the beginning of 2011, Ivan Reitman’s No Strings Attached (above), soon to be followed by Lon Scherfig’s One Day, spawned the spin-off Friends with Benefits (directed by Will Gluck) which opens in UK cinemas this Friday. While last year’s Love and Other Drugs (directed by Edward Zwick) does not explicitly exploit the ‘friends with benefits’ plot line, it also includes two lovers in which the female partner is almost identical to Natalie Portman’s Emma (in No Strings Attached) in her brashness, intelligence, and early preference for noncommittal sexual relationship.

This latest romcom plot device is not in fact that novel. In No Strings Attached, the viewer sees Portman’s face glow with realisation when she suggests to Ashton Kutcher’s Adam that they “use each other for sex”. As if no one had ever thought of this before… Although Portman’s character is presented as sexually liberated, she clearly never perused the Casual Encounters section of craigslist.