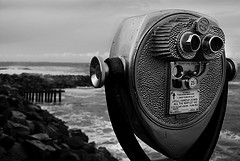 Political leadership in the form of public statements of intent can have an enormous impact on the rights of women. It can set new ideological standards, shift political debates, and re-frame whole conversations and paradigms.

It has therefore been quite exciting to witness the annual increase in such political investment (by some countries) on women’s rights in their foreign policy work – an area of government policy that has traditionally sidelined women’s interests. Specifically:

Yet, political leadership in the form of new spokespeople and high promises, without actual changes in day-to-day government policy or resource decisions, will not produce any real results in practice. Pretty speeches do not makes the lives of women better. Policy commitments can, if implemented and resourced.

On this, two recent Huffington Post pieces about the gaps between political rhetoric on the one hand and policy and practice on the other are worth reading.

The first, by Joshua Hersh, is about the new Declaration on Advancing Women’s Political Participation that came out of a UN Women meeting on the topic on the 19th of this month. The piece points out that the Declaration, which Secretary Clinton signed and is championing, calls on states to ratify and fulfill their obligations under CEDAW. Yet the US is actually one of the only countries in the entire world that has not ratified the treaty. Is the US in a position to call on other governments to do something it hasn’t itself done?

The second piece, written today by Gauri van Gulik, is about how the UK Prime Minister’s recent speech to the UN General Assembly about the importance of women’s participation in building strong economies and democracies suggests he has a commitment to women’s rights, but his government’s policies appear to be running in a counter direction. For example, the Coalition Government attempted to water-down the human rights language in the new European Convention on preventing violence against women, and did not sign it when it was finally passed in May this year. Again, is the UK in a position to encourage other countries to do something – i.e. adopt appropriate measures to tackle violence against women and girls – it struggles to do itself?

Having a gap between political rhetoric and policy reality is nothing new, in any country. But how awkward it must be for people in the position that these three newly appointed women may find themselves in: charged with advancing the women’s rights agenda globally, when there remain stark inconsistencies within their own governments at home.

Photo of long-range tourist binoculars pointing at horizon, by VancityAllie, shared under a Creative Commons license