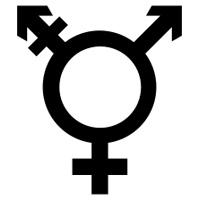 The TGEU’s Trans Murder Monitoring project has issued a press release confirming that 116 reported murders of trans people have been registered since the start of this year.

The September 2011 update reveals a total of 681 cases of reported killings of trans people from January 1st 2008 to September 25th 2011. A high number of killings since the IDAHOT TMM update in May 2011 and additional cases discovered for the period of the last three years confirms earlier reports on the continuously elevated level of deadly violence against trans people on a global scale. The most recent registered murder occurred on September 25th in Turkey, in the Istanbul district of Başakşehir.

Our newly updated interactive map visualises a great portion of the 681 reported murders of trans people. For each case, details regarding name, age, location, cause of death, circumstances of the killing and a follow-up are shown where available. You can find this map here:

In the first nine months of 2011, 116 reported murders of trans people have been registered. Sadly, from 1 January to 29 September 2011, the TMM already registered 116 murders in 23 countries, with the majority in Brazil (29), Mexico (22); Columbia (10), Venezuela (11) the USA (7) as well as Argentina, Honduras, Guatemala, Philippines, and Turkey (4). Further murders have been reported in Bolivia, Chile, Dominican Republic, Ecuador, El Salvador, India, Indonesia, Malaysia, Pakistan, Panama, Poland, Puerto Rico, and Russia. These are only preliminary results, and the numbers are likely to grow even larger during the course of the year.

In total, the preliminary results show 681 reports of murdered trans people in 50 countries since January 2008. Cases have been reported from all six major World Regions (Africa, Asia, Central and South America, Europe, North America, and Oceania), evoking an ever more gruesome picture, especially given the very partial knowledge we are able to gain in many places.

Yet, we know, even these high numbers are only a fraction of the real figures; the truth is much worse. These are mainly the reported cases, which could be found through Internet research. In most countries, data on murdered trans people are not systematically produced and it is impossible to estimate the numbers of unreported cases.

As has become the custom, the TMM will issue a further, more detailed update before 20 November (the International Transgender Remembrance Day [TDOR]).