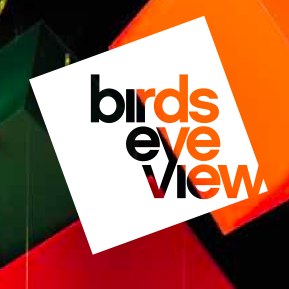 A festival that screens films by women film-makers, Birds Eye View, has been cancelled because of funding cuts. Birds Eye View has been going for 10 years. Festival director Rachel Millward explained on BEV’s blog:

Over the past few years, the UK Film Council supported the Birds Eye View Film Festival through their Film Festivals Fund and Diversity Grant in Aid. Since the closure of the Film Council, funds have transferred to the BFI. As yet, there is no provision for either Festivals or Diversity, leaving BEV with a 90% drop in public funds.

The BFI remains committed to BEV, issuing the following statement: “The BFI absolutely endorses initiatives that promote diversity within the film industry and BEV’s achievements towards this have been immensely valuable. Having enjoyed a close working relationship with BEV since it launched we hope to continue working with them again in the future.” However, without committed funding, we cannot commit to the financial costs of running a Festival in 2012.

As well as the festival, other initiatives have also been scrapped, such as First Weekenders which encouraged people to see films by women in the crucial opening weekend.

It’s very sad to see yet another victim of the cuts. Some might argue that a film festival is a small thing to mourn, giving the frontline services and essential benefits that are being scaled back. But efforts like BEV not only give women in the film industry a rare platform, they promote skills development (through workshops to encourage new talent), and ensure women’s stories are both seen and heard on the big screen.

I’ve been a regular attendee of BEV in the last few years; the screenings are always packed, but because of the costs of running a festival, popularity and ticket sales are not going to be enough to make it financially sustainable. I’m sure lots of us will miss the festival in 2012. Let’s hope they’re able to rally back in 2013.

One way to do that, Rachel writes, is to join BEV’s membership and supporter scheme, The Nest. More details here.

Read some of our coverage of previous BEVs here