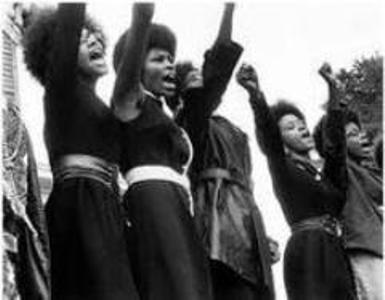 BOOK LAUNCH: Jailhouse lawyers: Prisoners Defending Prisoners v the USA, by Mumia Abu-Jamal, with Selma James, who edited and introduced the book to the UK.

The Black Power Mixtape 1967-1975 is an award-winning documentary by Goran Hugo Olsson, co-produced by Danny Glover, and compiled from footage of the US Black Power Movement hidden in Swedish archives for 30 years. According to the New Yorker, it “fills in the background of the Vietnam War, police brutality, and enduring and largely unaddressed racism, to suggest a sense of survivalist urgency–and to hint at why film makers took such care to record it”.

Jailhouse lawyers: Prisoners Defending Prisoners v the USA is the acclaimed new book by Mumia Abu-Jamal, Black Panther, journalist and political prisoner who recently succeeded in overturning a death penalty sentence against him.

Mumia Abu-Jamal was convicted in 1982 of killing a policeman in a trial drenched in racism. Throughout the nearly 30 years he spent on death row he spoke against injustice, and organised for his freedom and for that of other prisoners. At aged 15 he helped found the Philadelphia chapter of the Panthers becoming lieutenant of information. Interviewed in 2007, he said “We worked seven days a week and 18 hours a day for no pay … When I tell young people that now, they are like, are you crazy, man? But we wanted to serve our people, free our people, stop the homicide and make revolution. It was a very busy but fulfilling life for thousands of people across the country. We were serving our people and what could be better than that?” His book We Want Freedom: A Life in the Black Panther Party is distinctive in acknowledging that women made up “60% of the membership”.