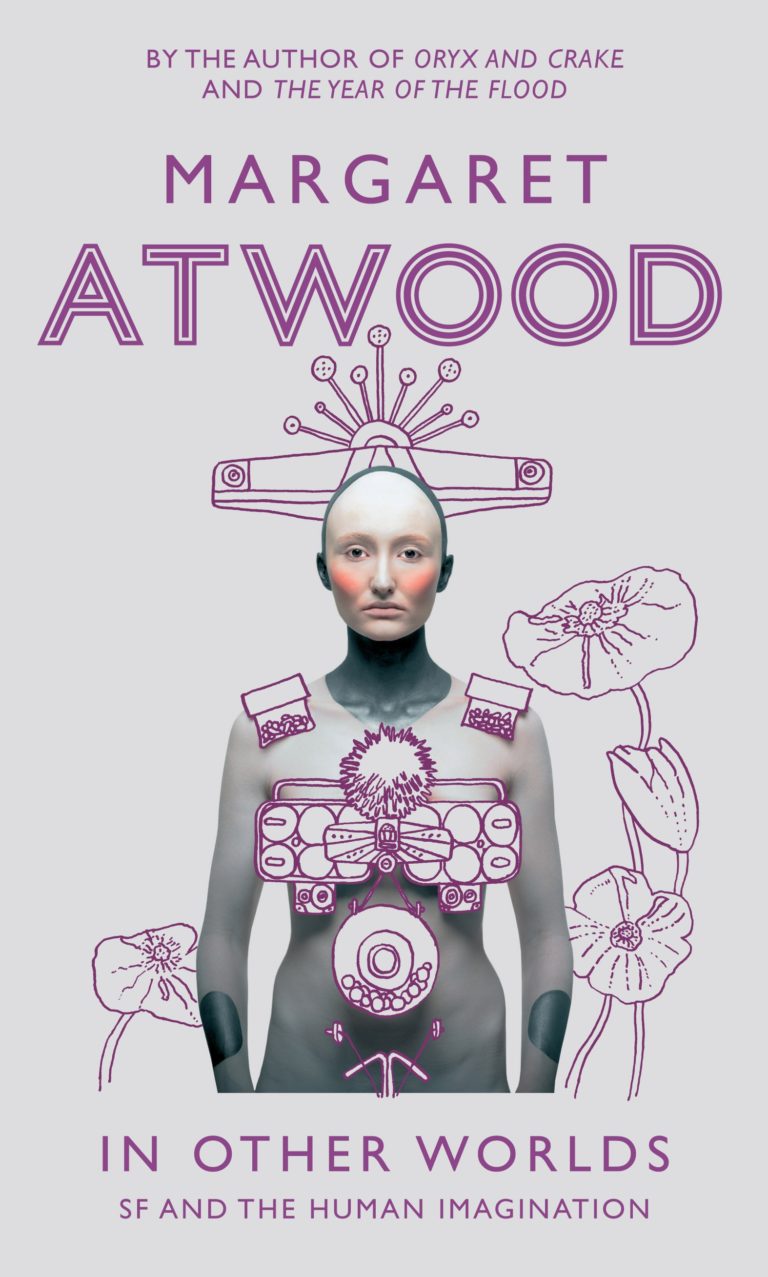 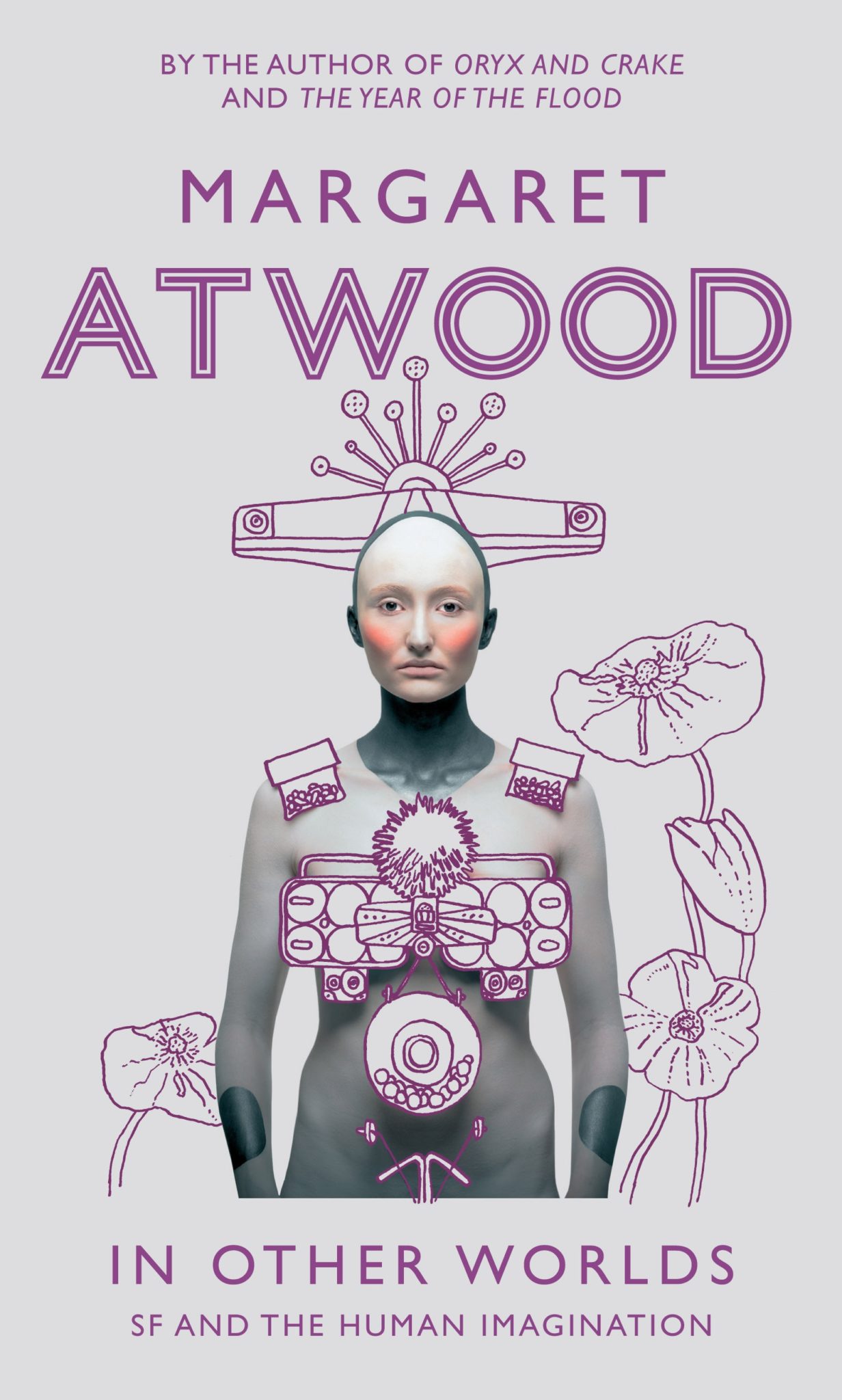 Margaret Atwood dedicates her latest work, In Other Worlds: SF and the Human Imagination to doyenne of science fiction and fantasy, Ursula K. Le Guin, an author one could easily imagine writing a book of the same title. In her introduction, Atwood mentions a review Le Guin wrote of her novels Oryx and Crake and Year of the Flood, in which she chides Atwood’s unwillingness to have these works categorised as ‘science fiction’, observing that books labelled so are often consigned to the ‘literary ghetto’.

In Other Worlds can be read as a response to that critique. While Atwood quickly explains away Le Guin’s criticism of her as a matter of differing definitions (“no Martians”), she uses this as a launch pad to write a personal defence of the quality of work and ideas that fall under the SF umbrella against the “literary bigots” Le Guin mentions. Atwood looks at the genre through the lens of her personal relationship with it as a reader, academic and writer.

The book is divided into three parts. The first is a kind of memoir of Atwood’s experiences growing up with SF and fantasy, the credulity and fantastical imagination of her youth, and the academic study of the genre in young adulthood, which develops into a discussion of the role of these works in relation to society, culture, and scientific advancement. The second segment is composed of various reviews and essays of genre titles and authors, both recent and classic, which echo and expand upon ideas presented in the first section. The third section is a collection of some brief fictions – which she terms ‘tributes’ – Atwood has written that fall under the genres discussed.

Atwood begins with her experience of reading. An avid reader in her childhood, she wonders about the sources of the tropes that appeared in her earliest story-telling (capes, flying, secret identities) and how the comics that inspired her imagination, as well as the SF and scientific romance novels she devoured in her adolescence, were in turn descended from a long history of religion, myth and legend. She observes that creating these narratives relies on empathy and the ability to imagine other, unknown, places and asks where this inclination to fantastical narrative comes from.

Atwood discusses ‘ustopias’ – “a word [she] made up by combining utopia and dystopia […] because in [her] view, each contains a latent version of the other”

Her interest in this type of literature continued in academia and her time at the University of Toronto coincided with the tenure of two influential figures in literary theory, Northrop Frye and Marshall McLuhan. The writings of the latter made the study of more ‘middle’ and ‘low-brow’ works acceptable and their influence more tangible. The theories of the former – about myth, religion, and archetypes in literature – by contrast inform the way Atwood looks at different types of stories, the role they play in human history and the questions they inspire.

Atwood then moves to her work as an author. She discusses ‘ustopias’ – “a word [she] made up by combining utopia and dystopia […] because in [her] view, each contains a latent version of the other” – and how she became a writer of such. She describes the elements often found in these works – the narrator as a journalistic voice, their travel to a strange land, the role of women as powerful but uncontrolled and therefore dangerous figures – and how ustopias evolved to present political structures and ideals as part of a plausible and actionable narrative rather than elements of a purely fictional and therefore impossible world.

She describes the thoughts and ideas that inspired her ustopias, and explains how they fall under ‘speculative fiction’ in the same way as Orwell’s and Huxley’s. All that is represented in a ‘ustopia’ is therefore needed in order to affect the reader and make the story scientifically and socially believable.

The reviews and essays in section two include discussions of classics (1984, Brave New World, Woman on the Edge of Time) alongside more contemporary titles like Le Guin’s The Birthday of the World and Ishiguro’s Never Let Me Go. Despite being reprints from earlier publishings in newspapers and magazines, they serve as case studies for the ideas presented in the first section, which occasionally results in some overlap, sometimes verbatim, between the two sections. The pieces here both expand on Atwood’s earlier points and make clear that the genres of science fiction, fantasy, and speculative fiction include works that are important from both literary and social standpoints, and exist within a larger conversation about ideas of scientific advancement and society’s moral duties and evolution.

In the third section, Atwood riffs on the SF genre. While the pieces are very short, they all show a primary interest in perspective – the element critical to story-telling, as she observed in the first section of the book – as well as rationality and logic. The points of view she chooses in each piece illustrate ways of seeing who we, as a species, are from the outside and plays with delusions we have about our identity and our own significance.

I would have liked to see a little less repetition in In Other Worlds; Atwood has a lot of interesting ideas about SF as a genre, but stumbling across the same phrase or same idea two or three times undermines its quality. Yet Atwood’s discussion of her personal experiences with SF and fantasy as a reader and writer is woven into a larger discussion of the human narrative tradition that makes a compelling argument for the genre’s importance.

The evolution from myth to science fiction and fantasy; the relationship between speculative fiction, scientific discovery and human nature; the link between ustopias and lived political reality: these all show how intellectual snobbery about genre ignores not only a rich literary history but also a powerfully insightful means of looking at human identity, politics and culture.

In Other Words is published by Little Brown in the UK

Katherine Wootton is a feminist writer and reviewer, and works in television production. She loves literature, theatre, traveling and enthusiastic debate. More of her opinions on politics and culture can be found on her blog