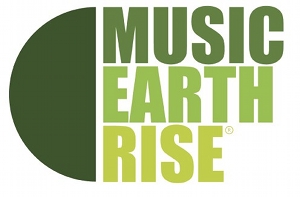 This is a guest post by Valerie. Earth Rise Music is holding a concert at Bush Hall tonight – you can support the music centre project by coming along. There will also be an auction with items on the block from the Prodigy and Ronnie Wood. See here for info on the line up and how to buy tickets.

The idea of receiving charity would not appeal to most people especially in the west.

None of us want to feel the need to live on handouts from those economically better off and who might start to have control over our very existence.

Charity then should invest in people at grass roots level -invest in people to make the change for their own future. Therefore any charitable aim should not only provide the resources needed – be it economic or otherwise, but aim to support individuals and communities to improve their way of life, through dignity and self reliance.

So having visited Zambia last year with my friend Brendan Poynton, here we are raising money to build a music centre in Mukuni village on behalf of a small charity run by volunteers called the Butterfly Tree. Many of the children have been orphaned by HIV and Aids.

And due to the high levels of poverty there is very little for the children to do outside the classroom. Providing these facilities will give the children an opportunity to develop music skills and in addition it will be used as a teaching centre for HIV and Aids and drama work shops to assist in the prevention and fight against this devastating virus.

The trip to Zambia opened our eyes to the extraordinary dignity and kindness of the people.

We were asked for nothing except by the head teacher on the afternoon we arrived in Mukuni.

I was asked if I could give lessons to the children on HIV and Aids and sex education especially to the girls. Needless to say and in great shock I swiftly dismissed the idea as I certainly didn’t feel qualified or have the teaching skills necessary. But what was revealed later was the desire to have the influence of a black woman outside their community, to them I was exotic and had a voice.

We soon found ourselves in class rooms with children of various age groups – Brendan’s guitar prove a great success -the children were fascinated and very keen to learn. Guitar lessons soon followed for groups of children in the headmasters room. It was then very moving to watch one young girl take the lead to explain in their language the finger movements on the guitar shown by Brendan.

On occasions I admit we were reduced to tears – not so much by the extraordinary poverty but by the joy and gratitude of everyone. The children sang to us as we sat under a mango tree.

The beautiful voices seem to come out of nowhere and suddenly there they were.

And so the idea to build a music centre was born.

Brendan and I have been working for a year on the project. We hope the project will become sustainable for the future. And the children will gain many skills to move themselves forward within their community in Africa.