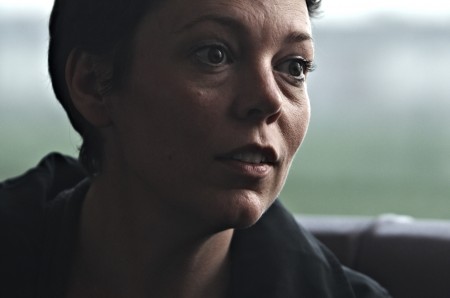 Finding Tyrannosaur an unremittingly upsetting film, Chloe George salutes its ability to avoid clichés in the portrayal of violence against women

Hannah doesn’t have much, but she does have wine. And vodka, and gin. Wrought by daily horrors, her decision to drink seems utterly rational, and drink she does. Her tipples are of the solitary kind: desperate sips in a nightclub otherwise reserved for revellers; too-large glasses in the early evening, the ones others have as they curl up on cosy sofas with friends or family…

Tyrannosaur is Paddy Considine’s first film as a director, and he paints a devastating picture of cycles of violence and pain. The stillness and malevolence he had brought to the screen as an actor in films like Dead Man’s Shoes and A Room For Romeo Brass is mirrored in his directorial debut. This is gritty realism of the harshest kind, refusing to shy away from the dark side of family life and showing some wrenchingly tragic scenes of domestic abuse and other violence.

Film can’t hope to reflect life exactly, but should try to explore its themes and contradictions in a way that isn’t trite or offensive. When we first meet Hannah, a Christian who works in a charity shop, her budding friendship with Joseph, a man who wears his rage on his sleeve, seems like a generous gesture on her behalf. Soon we discover that Hannah is in need of help as much as Joseph. Her scars soon become more obvious than his, worn on her face, in the demonstration of her fear and desperation.