Anti-choice campaigners are trying to turn back the clock on abortion – and attitudes to women’s sexual identity, argues Adriana Pérez 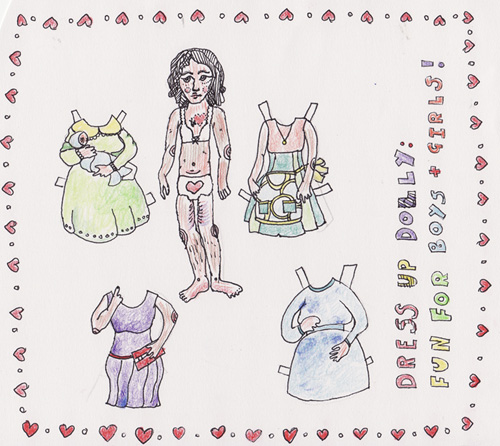 For better or worse, women’s lives have historically been forced to centre on our reproductive sexuality. Yet, at least here in the UK, our legal system has advanced, hasn’t it? We women are so liberated in comparison to our sisters in other cultures of the world. We can wear anything we fancy, we can choose to be housewives or career-minded and we can talk about sex. Yes sex! That word which is taboo in other societies, especially when mentioned by a woman. Well, if you said “yes” to any of the above I can say that you’re slightly misguided.

Earlier this year, Nadine Dorries tried to push an amendment on abortion rights and “independent counselling” which would strip abortion agencies, such as BPAS and Marie Stopes, of their counselling and guidance roles, while appointing “independent agencies”. Luckily the amendment was defeated in Parliament. But the move raised fears that anti-abortion groups are stepping up efforts to delay abortion procedures and mislead women about terminations.

Anti-choice organisations are again trying to stir the pot on women’s sexuality and their sexual identity. They intend to bring back the moral standards on female sexuality and identity which ruled women’s lives on the UK of 1966, the year before abortion was legalised: the sanctity of chastity, motherhood and life and the universal presumption of ‘foetal rights’ over women’s autonomy over their own bodies.

That’s why the ’60s feminist used the defence slogan “hands off my body!”

Want to read the rest of this article? Best click here then!