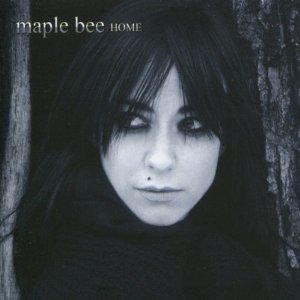 New review: Be the same; be the change: Maple Bee and her world

Cazz Blase reviews the career of Maple Bee (AKA Melanie Garside from Mediaeval Baebes), taking in the albums Hello Eve, Home and Chasing Eva along the way

Back in the early to mid 1990s, somewhere in the unclaimed hinterland that existed between grunge, punk and goth, a number of intriguing and experimental female fronted, female dominated or (sometimes) all female bands emerged.

In the UK, Daisy Chainsaw, fronted by an unkempt, beribboned and mini-dress wearing Katie Jane Garside, were claimed by a grunge and riot grrrl audience who would follow Garside onto her later band, QueenAdreena.

Around the same time as Garside was leaving Daisy Chainsaw, Miranda Sex Garden – three girls spotted singing Elizabethan madrigals on London’s Portobello Road, who had had the unenviable task of opening for Blur at the Astoria in 1991 – were evolving from a purely Elizabethan tradition into full on avant garde rock and were claimed by the goths. In between these two camps were a little known band called Tabitha Zu, later just Zu, fronted by Mel Garside.