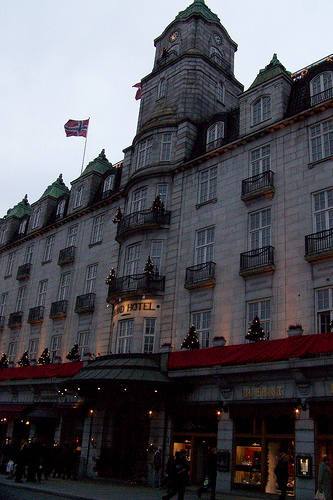 It was announced today that this year’s Nobel Peace Prize has been jointly awarded to Ellen Johnson Sirleaf, Leymah Gbowee and Tawakkul Karman in recognition of “their non-violent struggle for the safety of women and for women’s rights to full participation in peace-building work”. This is the first time the prize has been awarded to any women since environmental and political activist Wangari Maathai (who died last month) won the title in 2004.

The Guardian, which reported on developments leading up to the prize-giving today, has more:

The Liberian president, Ellen Johnson Sirleaf, and Leymah Gbowee, a social worker turned peace campaigner from the same country, will share the 10m kronor (£950,000) prize with Tawakkul Karman, a journalist and pro-democracy activist in Yemen who has been a leading figure in the protests against the Yemeni president, Ali Abdullah Saleh, in recent months…

…[The Nobel committee] said: “We cannot achieve democracy and lasting peace in the world unless women obtain the same opportunities as men to influence developments at all levels of society.”

“All three women have fought long and hard for peace, justice and human rights based on full gender equality. Their struggle continued away from the media spotlight before these issues were either politic or profitable”…

“For many years these courageous women have inspired and motivated women to stand up and demand their rights in their own countries. Receiving this prestigious prize will send a clear signal around the world that full equality for women can no longer be considered a discretionary privilege, but is rather a non negotiable fundamental human right”

As Zohra said to me today, this news is significant, not just because the winners are women or that they are women from the global south. It is crucial because they won the prize directly for their work as women’s human rights defenders who face different -indeed, often more- challenges in comparison to their male counterparts who also agitate for human rights.

Picture of the Oslo hotel where the laureates stay by Alison Harger, shared under a creative commons licence.