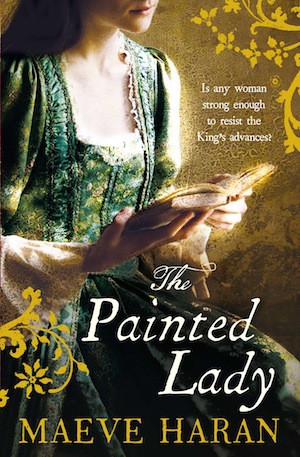 Sian Norris dissects the problems behind mistress narratives in historial fiction, and explains why Maeve Haran’s The Painted Lady doesn’t fall into the typical traps

As a big fan of historical fiction, I was looking forward to reading Maeve Haran’s The Painted Lady, which tells of the life of Frances Stuart, famous for refusing to be the mistress of Charles II.

I first came across Frances in the original bodice-ripper, Forever Amber by Kathleen Winsor, where she appears as a rather simpering and silly woman who refuses Charles’ advances, not out of virtue and honour, but out of her distaste for sex. Next to the fiery and fierce Amber, Frances unfortunately comes across as a little boring, so I was really interested to see how different Haran’s take on this character would be.

The book begins in Paris, where many cavalier families had ended up after the Civil War, Charles II included. It is here that Frances experiences her coup de foudre with the Duke of Richmond, who she cannot marry since – as in so many historical novels – he needs to marry for money and she simply doesn’t have enough.