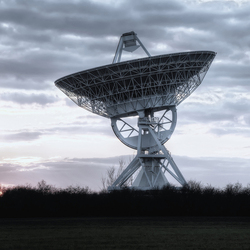 Reach for the stars, girls.

It is easy to understand why boys are more likely to go into certain professions, when looking at the toys they play with. Stereotypically, while girls are playing with dolls, boys are building with lego, and while girls are serving pretend food, boys are putting train tracks together. Now, obviously this is a vast generalisation, but if toy shops are anything to go by, the gender roles that some of us are trying to overcome are being firmly reinforced when shopping for children. Carrie discussed this recently when trying to buy a doll for her nephew, and Pink Stinks work hard to “challenge the culture of pink which invades every aspect of girls’ lives”.

With this in mind, more boys going on to study engineering and science does make some kind of sense. They have been socialised for their whole lives to do this, whereas girls may have less confidence in their ability to build and design.

“Hi @marksandspencer -there’s a mistake on your website- all astronomy toys just in boys section, not girls section too”

Scott makes a very important point, and I liked his approach too, that this was surely a mistake on the website, because there is no other good reason for this to have happened. I reposted the message from @thefworduk account, as did many others.

I spoke to Dr Joan Schmelz from the University of Memphis. She is the Chair of the American Astronomical Society’s Committee on the Status of Women, and she told me that the American Astronomical Society, which is the primary professional organisation for astronomers in the US, has a membership, currently, which is around 21% female. I cannot find any equivalent UK statistics, but I think it is safe to say that our representation of women is probably similar. With this in mind, M&S’s astronomy toys only being marketed to boys becomes not just a point of principle, but also a potential barrier, preventing girls from becoming fascinated by astronomy and developing enough of an interest to want to forge a career in the subject.

This is the point where blog posts like this normally end, but not this one. Much as it is important to criticise the bad, I am a believer in also praising the good when I see it, and to their credit, within an hour of Scott’s first message being sent, and many of us reposting it, Marks & Spencer replied.

“Hi @thefworduk @scottkeir, we’re changing this shortly and moving astronomy into both sections. Thanks for your tweet.”

This is brilliant news, and I am really glad that M&S responded positively and swiftly. Of course, this should have happened much earlier, and without twitter pressure being needed, but it is a small victory, and hopefully the first of many.

[The image is a photograph of the Mullard Radio Astronomy Observatory in Cambridgeshire. It was taken by Jonathan Herbert and is used under a Creative Commons Licence]