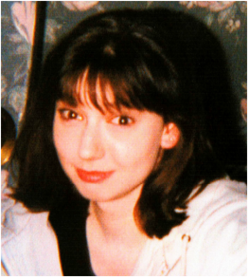 Ten years ago, a woman was murdered in Sheffield. Michaela Hague was stabbed 19 times in her back and neck and spent her last moments describing her attacker to the woman who found her and the first police officer on the scene. She died a few hours later in hospital.

Michaela was 25, she had a five year old son, and she worked as a prostitute. She was killed by a punter, who has never been found. Her partner Mick Holmes, and Detective Superintendent Lisa Ray from South Yorkshire Police, have made a renewed appeal for help to trace her killer. Lisa Ray said,

“A major investigation room was set up after the incident and teams of detectives worked tremendously hard, including having a reconstruction featured on the BBC’s Crimewatch programme. Despite all this, Michaela’s murder remains undetected.

“However, as with any case of this kind, it is subject to review. And with advances in technology and forensic work, we are always looking for that extra vital piece of evidence that can help us solve the crime and hopefully bring some sort of closure for the family – and the killer to justice.

“I’ve been looking very closely at this case as it approaches its ten-year anniversary and have a team of dedicated investigators that have been reviewing both old lines of enquiry and exploring any new leads.

“I’d appeal for anyone with information, who was in the area that night or even in the days before Michaela’s death to contact us as a matter of urgency on: 0114 296 3713. Alternatively they can contact Crimestoppers anonymously on: 0800 555111.”

According to the Sheffield Star, this appeal has generated a ‘significant’ number of calls.

Personally, I remember when Michaela was killed, and the efforts that went into the investigation at the time. I was impressed that the police did not dismiss her killing because she worked in street prostitution, but instead – rightly – investigated it as they would any murder. Let’s hope that with these renewed efforts, her killer is finally found. You can see South Yorkshire Police’s 10th Anniversary Murder Appeal poster here.