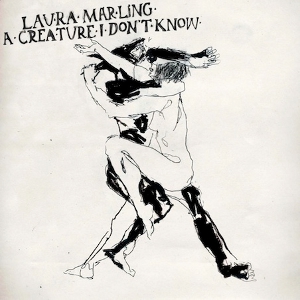 Laura Marling has cast an intriguing figure since the release of her spellbinding debut album, Alas I Cannot Swim. Emerging like a dragonfly among the gamboling daddy longlegs of the London nu-folk scene, her precocious talent quickly spun a name for her among those those musicians brought together by a love of heartwarming melodies, traditional instruments and foot-stomping singalongs. Marling’s bambi-legged debut, released when she was barely 18, took all of those elements to darker, magical places. The gothic poetry of songs like ‘My Manic and I’ and ‘Night Terror’ was interlaced with the sticky, deadpan musings of ‘You’re No God’ and the charming un-romance of ‘Ghosts’. Despite its cobwebbed corners, it was ripe with imagination and filled with natty tunes which still floor me at every listen.

A well-documented relationship with collaborator Noah and the Whale’s Charlie Fink and several hairstyles later and Marling’s second album I Speak Because I Can was a knowing leap sideways. Earthier and more precise, it showcased Marling’s astonishing songwriting skill while capturing a burdened, self-conscious psyche. Described by Marling, poised on the brink of adulthood, as dealing with “the weight of womanhood, the greatness of it”, the lyrics explored love, loss and responsibility and were peppered with gritty images of human nature.