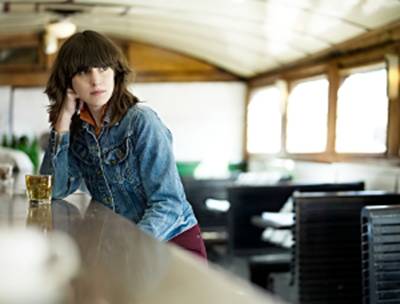 This month’s playlist comes later in the month than usual and mainly showcases music from the past. It kicks off with a good-time anthem from 1920’s blues vocalist Alberta Hunter:

“I’m having a good time

I’m knocking myself out

Don’t try to tame me”

Along with Laura Lee and Betty Davis‘s stands against double standards, I think this song is a good reminder of the importance of pleasure and the part that stifling it has played in attempts to control (or apparently “tame”) women. I’m still learning about Alberta (along with a load of other blues singers such as Sippie Wallace, Edith Wilson and Victoria Spivey, thanks to some reviews of this book by Daphne Duval Harrison that I have on order) so I don’t yet know if she ever identified as a feminist. Feminist or not, this is certainly a song of liberation.

Also included for November (and not necessarily in a card-carrying feminist vein) is Teena Marie’s beautiful version of ‘More Love’. This comes from Teena’s posthumously released collection of early Motown gems that came out in July this year. Many of these were previously unheard and it’s a wonder that they were hidden away for so many years. The acoustic tracks on the second disc show what a great musician Teena was and the detailed sleeve notes (also including the master tape notes!) are a treat for any fan as well. It will be the first anniversary of Teena’s death on 26 December and I still can’t quite believe she’s gone. She was only 54.

Another highly influential legend who died within the past year was Gil Scott Heron. Aside from his unfortunate foray into homophobia on one notable track on his debut album of poetry and beats Small Talk at 125th and Lenox (I’ve heard people say the track in question was satire but can’t find evidence to back the claim up), Gil was an inspiring force in social critique and equalities activism. On a lighter note, I reckon his jazzy version of Bill Withers’ Grandma’s Hands is a much dreamier and gorgeous affair than the original.

Talking of gorgeous, one track I’ve been euphorically enjoying repeatedly this past month is Eleanor Friedberger’s ‘Roosevelt Island‘. I’m told this video is new to the UK but was used in the States around the album release there a few months ago. (You’ll probably already be aware of the song from one of Cazz’s recent paste-up posts.) Eleanor’s dramatic quick delivery, building up to that glorious switch in the chorus is just luscious. Also, I have to confess that, as someone who often carries a bag full of notes around, seeing Eleanor out and about on Roosevelt Island with her notebook made me come over all warm, fuzzy and inspired:

(It’s worth listening to the full track in Spotify if you can, in order to catch the nice little funky section from 2.42!)

An old classic included in the rockier side of this month’s playlist is Skunk Anansie’s ‘Charity’:

The lyrics seem very relevant in the wake of Cameron’s chilling vision of a “Big Society”:

“Why do I sense, benevolence

You stand tall at my great expense

Thick words of gratitude, what a price to pay

Stuck in my throat, I sell every word I say

But I don’t want your charity

I don’t want your charity

Finally, I’ve followed Debi’s brilliant review with ‘Misty’ from Kate Bush’s new album. This ludicrous but touching and sensual tale of a woman’s love with a snowman is my personal favourite. The following animation acompanies just a segment of it:

Bonus tracks that would appear in the indie/rock section of the playlist but aren’t available on Spotify include this slice of Nepalese D.I.Y anarcho feminist punk from Tank Girl…

…this, as possibly the best Veruca Salt track by far…

…and this rock classic from Stevie Vann Lange, AKA “The Bodyform Woman”!

Picture of Eleanor Friedberger in a denim jacket, leaning on her hand at a bar (and not looking at the camera) supplied by Work It Media.