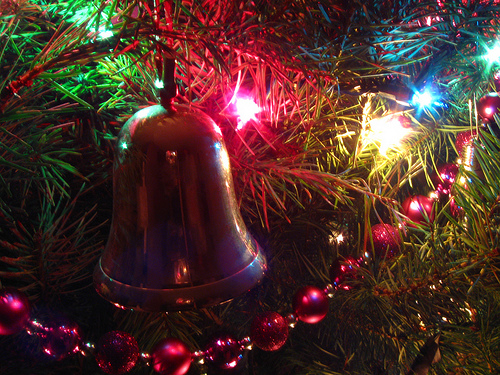 “Her only fault, and that is faults enough,/Is that she is intolerable curst,/And shrewd, and froward,…/I would not wed her for a mine of gold.” – The Taming of the Shrew, circa 1623

Last week BBC Women’s Hour asked this eternal question: ‘How do you get the family to pull their weight without becoming a nag?’ It was asked in reference to Christmas, an annual festival which, though initially created by men, is now almost entirely implemented by run-down, overworked, nagging women.

The system, apparently, is that women craft meticulous lists of Christmas tasks, from decoration making to turkey basting, whilst men idly watch football. Any attempt to change the work-play balance can lead to the accusation of ‘nagging’ (a must-be-avoided accusation marginally worse than death).

It’s irritating enough that the only radio hour dedicated to women is taking this line, but another should-have-known-better show, Grumpy Old Women at Christmas, assumes the same. The show’s tagline asks, of men, ‘Are they the ones who have to sort the presents, buy the cards, do the nightmare pre-Christmas supermarket shop, as well as multitasking in double figures?’ (The right answer is ‘no, it is women who do all these things’)

Successful, hilarious, grumpy woman after successful, hilarious, grumpy woman spoke bitingly of her inability to get her husband to do anything at all. Apart from acquiring the tree, that is. For some reason, the tree is the exception that proves the rule. Germaine Greer was a notable exception to this lamenting litany, but that’s because (‘as a lifelong adulteress’) her lovers are all married to other women. Given the incredible uselessness of the other grumpy women’s husbands, it’s not clear that Germaine hasn’t got the better deal.

It’s a shame that these stories resonate widely enough to be taken for granted on shows aimed at women. It’s not been my experience. My family celebrates Christmukkah, the unimportant Christ- part of which is just a lunch (prepared mostly by Dad) and all the fermented grape juice I can feasibly get into my mouth from 10 am onwards. It’s disappointing to imagine that in other families women unanimously mutate into shrewish, silver spray-paint wielding harridans, grappling with the inevitable apathy of family, shackled by the overwhelming desire to properly celebrate Santa’s birth.

Obviously the real issue at stake is not whether one is ‘nagging’ or not, but that the burden of domestic work is still falling (and assumed to be rightfully falling) disproportionately on women’s shoulders. Where the gendered division of labour is both culturally assumed and regularly occurring, being perceived negatively is the least of our worries. Perhaps it isn’t too radical to suggest that ‘nagging’ isn’t an inherent feature of women, but rather the fall-back option of somebody living in a world that assumes straight male partners are incapable of wielding Pritt Stick for long enough to stick sequins on a folded piece of cardboard.

Even so, perhaps you’re still worried that in asking your family members to help this Christmas you may come across as a heinous nag? Here is a quick 101 on how to avoid morphing into a woman-shrew, from the perspective of a kidult who has never had to do a Christmas alone:

You can write and thank me later. Happy Christmukkah!

Image shows a close up of a decorated christmas tree. It is shared under a Creative Commons license courtesty of Flickr user C.M.