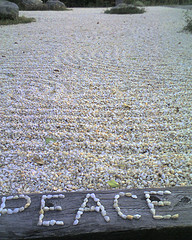 Today’s conference session had two main panels – one on the transition process and one on long term commitment. The first had regular mentions of ‘women’, and most of the set speeches too made much of ‘women’. For example, the fact that 16 of the 34 Afghan delegates to the civil society conference are women was probably mentioned at least a half dozen times. Not mentioned at all was the fact that only two of the twelve moderators, which were the responsibility of the German organizers of the conference, are women.

Given the poor representations of women at previous international conferences on Afghanistan, notably the one in London in 2010, I can certainly understand why much would be made of the fact that almost – but not fully nor over – half of the civil society delegates are women. And certainly, it is a good thing. It just isn’t sufficient: Chitra Nagarajan timed the speakers and found that the two women on the panel spoke for 15 minutes in total, while the two men spoke for 27 minutes.

Having women in the room also does not replace the need for robust conversations on how women’s rights will be protected during the transition process as international troops withdraw.

On this, the second panel was challenged by a speaker from the floor who felt that women had not been spoken of at all in the second session. There was little within the discussion about how women’s longer-term interests might be different to men’s, or how they would be met going forward for example.

One speaker did talk about violence against women, an issue I’m particularly keen to keep track of during the discussions over these few days as part of my work at ActionAid on Afghanistan and women’s rights. ActionAid is part of the No Women, No Peace campaign that is being run by GAPS – Gender Action for Peace and Security. Other members include Amnesty, Care, Oxfam, Womankind Worldwide and Women for Women International.

Evidently there is much more discussion needed on how best to meet women’s rights over the coming years, including in the lead up to international troops leaving in 2014. On which, hope to blog another update on day 2 of Bonn 2 tomorrow…

Photo of pebble beach with a pebble sign saying peace, by MojoBaer, shared under a Creative Commons License.