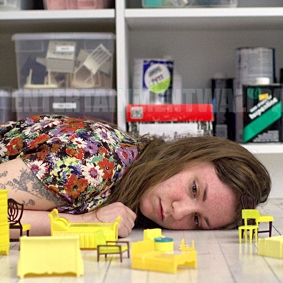 From Tiny Furniture to Girls

Tiny Furniture has the funniest, most cringe-inducing sex scene set in a metal pipe you will see on the big screen.

Lena Dunham wrote the film, directed it and plays the lead character, Aura, who has just finished university and washed up back home in New York. She is living with her mum, holding down a dead-end job, figuring out who her friends are and embarking on various unfortunate romantic entanglements. The film is fiction – but. Lena’s mother plays Aura’s mother, and Lena’s sister plays Aura’s sister. Oh, and it’s all filmed in their actual family home in New York. It is brilliant.

Anyway, all this is a long intro to explain why you should be excited about Girls, a new TV show that Dunham is making for the US network HBO, even though Judd Apatow is attached and it’s only starting in April next year. Here’s the preview snippet, via AOL TV, which describes it like this: