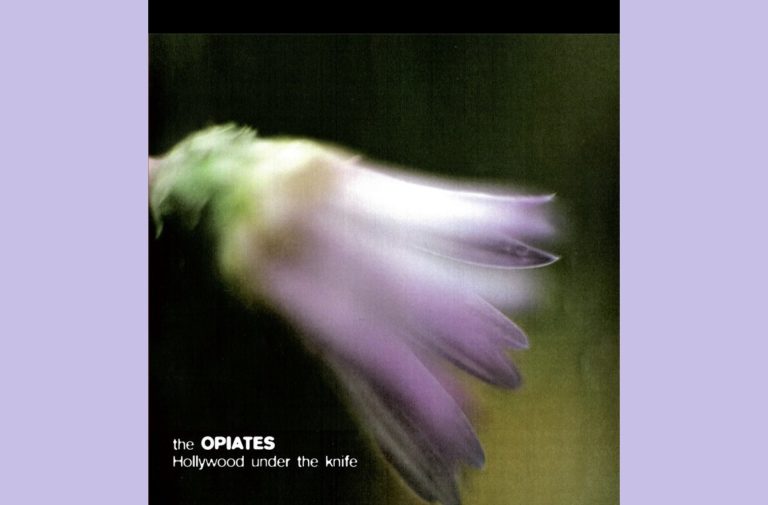 Hailed as the “ice queen of electronic soul” and a “restless creative spirit” in music magazine The Wire, Billie Ray Martin has outgrown the electronic chanteuse tag others have dubbed her with by retaining control over her style and persona. A perfectionist who has said she “would change many things, too many too mention,” Billie Ray’s shows have been described as theatrical events that interact with the audience and indicate she is “never satisfied with the easy option”.

Emphasising a background in soul as well as electronic music, Billie Ray began her career when she led a Motown-inspired band Billie and the Deep in Berlin during the mid 1980s. After this, she moved to London where she advertised herself in Melody Maker as a “Soul rebel searching for a genius”. This led to the birth of the synth-funk act Electribe 101. Following their split, she went on to collaborate with Spooky and The Grid in 1993, and then compose, produce and arrange her first solo album, Deadline for my Memories, released in 1995.

Later she co-founded the label Sonnenstahl Records through which she released her second album, 18 Carat Garbage. This purely concentrated on the soulful end of Bille Ray’s talents (previously seen in Deadline‘s ‘I Try’) and saw her digressing from the 4/4 beats and working with renowned Memphis stars such as Carla Thomas and Ann Peebles before returning her attentions to the dancefloor again.

Fast forward through several solo ventures and collaborations to 2011 and Billie Ray is engaged in her latest project, The Opiates, with critically acclaimed Norwegian electronic music composer Robert Solheim. Robert’s work has appeared on the ambient techno label Origo Sound and he started releasing it on his own label, CURRENTMUSIK, in 2005. He has recently shifted from more downtempo styles to music geared towards clubs and dance-floors. This is an area where Billie Ray is arguably at her best, so their meeting of minds over the past few years seems fitting.

The Opiates’ long-awaited album Hollywood under the knife continues the theme of “angst on the suburban dancefloor” showcased in some of Bille Ray’s recent solo work and the EPs already released by the project.

Featuring previously unseen artwork by Turner Prize winner Wolfgang Tillmans (who has photographed Billie twice and also nominated her as one of 25 most influential women in i-D Magazine), there is a sense of urban desolation about the album both visually and musically. The most striking and active picture is the first in the booklet: an image of US cars in motion-blurred light at night and a later one reveals a close-up of headlights. Another appears to show a Hollywood pavement, while the others are more understated and ambiguous: showing surfaces, shadows and textures in grey, brown and charcoal tones.

This fits well with the overall mood of nighttime austerity in Hollywood Under the Knife. There is an atmosphere of restless yet bare melancholy and the stories of outsiders seem befitting of an existential novel. The album begins with ‘Rainy days and Saturdays’, a lingering snapshot of the aimlessness, ennui and thwarted aspirations of a disillusioned protagonist: 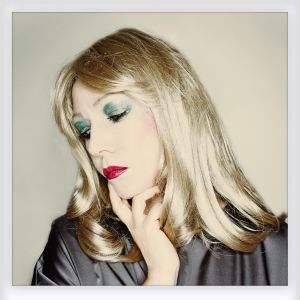 Look in the mirror

Too cold for the shops this Saturday

No one to call and no one to come around

A face for the world to see

But not this Saturday

Life’s never seemed so far away

And I wish life could be

But I don’t think so

The neat layout and homely tune at the end of the chorus of this song, along with its possible allusion to The Carpenters in its title, leaves it bordering on quaintness. However, much like some of The Carpenters’ work, it somehow manages to escape this, perhaps thanks to its brooding darkness and the introspection of the lyrics.

A haunting quality can also be heard in the second track ‘I’m not Simone Choule’. Like Rainy Days, this captures a sense of loneliness and touches on the subjects of glamour and disguise:

The lipstick on my mouth…

It’s a tenant in my home

Although not explicitly feminist, the acerbic references to artifice seem to quietly point to the bitter burdens attached to being a woman under scrutiny and on display (while admittedly also seeming to revel in them).

For example, in the song ‘Anatomy of a plastic girl’, there is a battlefield “where the glitter lay” for a character who “goes out to lunch with actors now and then”.

Interestingly, this is followed by the assertion that “when I go home, I’m still the same”. Is the protagonist bragging about an ability to remain in character at all times? (Andy Warhol anyone? Gilbert and George?) Or is this a declaration of authenticity – beyond the mask – to lend weight to the statement “you can’t say I’m not human”? Either way, the drama is delicious.

In ‘Oprah’s book of the month’, a pampered yet neglected daughter remembers Mama’s “mountain of fake hair” and ends up inheriting a legacy of sedation and negation of the self and heading for Hollywood:

But she said the only movement I’m interested in

A particularly topical character in Hollywood can be found in the “big tears and make-up” (Deadline reference!) of ‘Reality TV’:

Saw a girl on the TV

At a prime time slot at five

Whatever made her believe she’ll be herself, she’ll arrive

And it’s been lonely

But it’s keeping her alive

With heaven starting around the corner if she

As possibly the most accessible track on the album, it is not hard to believe that Billie Ray apparently offered it to Britney Spears. With an obvious influence from ’80s acts like Yazoo, this is one that is surely ripe to be released as a single and wouldn’t be out of place in a sequence on Hollyoaks. Meanwhile, ‘Dinah and the beautiful blue’, with its almost country melody, could easily slot into a US drama like Nip and Tuck.

Overall, Hollywood lacks immediacy and takes a few listens to truly appreciate, there is a downtempo feel to the album that could leave fans of hands-in-the air Billie Ray classics such as ‘Running around Town’ rather cold. 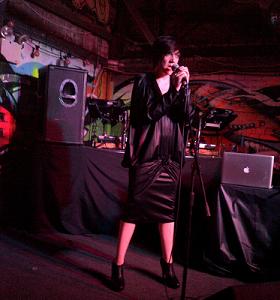 It may not have the instant mainstream appeal of ‘Reality TV’, but the strongest track on Hollywood is arguably the sultry groover ‘Silent comes the nighttime (again)’. This opens with a melodic techy sound that compliments Tillmans’ pictures for the album: a soundtrack for travel, urban lights, tunnels and after-dark adventures. Billie Ray delivers a languid monologue, speaking about the arrival of the night and its order for her to “wash away the dust of everyday life”. It’s an anguished account of apathy, insomnia and depression as she laments:

I watch TV, so much TV

Now there’s a vacancy where an aim used to be…

…I need a dream badly

Give me the nightmares, I’ll take them gladly

Billie Ray’s crooning backing vocals then build-up alongside the monologue to the chorus: a glorious and intense slice of twilight soul. There is a passionate feel to this track that does justice to Billie Ray’s voice in a way that the rest of the album never quite manages. Here, she seems to delicately combine the intonation of Jackie Trent and the romance of Phyllis Nelson within an electronic landscape.

Overall, Hollywood lacks immediacy and takes a few listens to truly appreciate. With the exception of the two versions of the catchy and playfully delinquent ‘Candy coated crime’, the poppy ‘Reality TV’ and the lush ‘Silent comes the nighttime (again)’, there is a downtempo feel to the album that could leave fans of hands-in-the air Billie Ray classics such as ‘Running around Town’ rather cold. The original ambient intentions of the project seem to leave a mark of minimalism, despite the thoughtful lyrics and dancefloor friendliness combining to produce a more satisfying experience over time.

Though this dancefloor affiliation is clear, it arguably links back to the synthesizers of Kraftwerk and Jean Michele Jarre (albeit with a more urban contemporary spin) more tangibly than it does the promised “paths pioneered by the Chicago house and Detroit techno heroes”. If you want Chicago house, it makes more sense to head back to Electribe 101 or check out the piano centred Snuff Crew mix of ‘Fantasy Girl’ on Billie Ray’s Sold Life EP with Hard Ton from April this year. Still, this slow-burner of an album is well worth a listen, preferably over time in order to fully appreciate its mysterious and cruel grandeur.

Hollywood under the knife is out now.

You can listen to one of Billie Ray’s recent sets at Soundcloud or Mixcloud (where there is also a tracklisting).

Holly Combe may be a grown-up but she continues to find minimalism difficult and she still can’t stand stinky cheeses. Bring on the obvious basslines, hoardings of tat and custard creams!