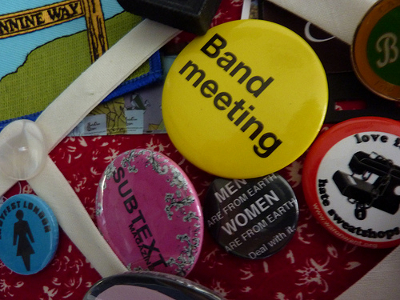 Welcome to this week’s general round-up of the articles and blog pieces we’ve been reading over the past week but didn’t get around to covering in detail on the blog. Please feel free to add more relevant links or comment!

Disclaimer: The weekly round-up post is a place where we share links to articles that we think may be of interest to readers or were of interest to us. We don’t always agree with every viewpoint expressed in the items or, indeed, the sites containing them. As with actual F-Word content, none of the views expressed reflect any “official view from The F Word” because not all members of the team will necessarily hold the same opinions on the topics.

Warning: This post contains links to external websites and blogs with comment threads and other material which some of you may find triggering. The links here are posted in good faith but, as we have no control over the content of external sites, you are advised to use your discretion and approach them with due caution.

A glimpse into a female polling station in Zamalek, Egypt (Bikya Masr)

10 things the iPhone Siri will help you get instead of an abortion (rawstory.com)

Reports on the strikes (toolateforcake.com)

‘My tram experience’ is shocking – but should it be cause for arrest? (Sunny Hundal at CiF)

16 Memorable Ways of Dealing With Street Harrassment (The Pixel Project)

Start with the challenge that divides one half of our populations from the other (Zohra Moosa, as this weeks Resident Thinker at Nowhere Island)

Why is British public life dominated by men? (Kira Cochrane in The Guardian)

Eve Ensler: ‘Women will rise up and take back the Congo for the Congolese’ – video (Guardian)

When is it okay to cut off someone’s head [in a picture]? When she’s a fat person, and your news outlet is reporting on “the obesity epidemic,” apparently (Bitch Magazine)

Photo showing close up of feminist badges (including small blue Ladyfest London, medium sized pink Subtext, small black “Men are from earth/Women are from earth/Deal with it and large yellow Band Meeting). By Catherine Redfern, shared under a creative commons licence.