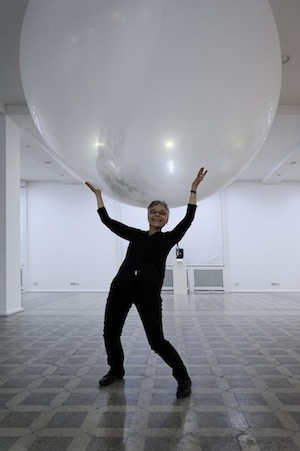 This is a guest post by Sophie Mayer, who is the author of Her Various Scalpels and The Private Parts of Girls , as well as The Cinema of Sally Potter. She recently curated a retrospective of feminist documentary for Punto de Vista, and writes about feminist, queer and independent cinema and literature for Sight & Sound, Horizon Review, Hand + Star, Sound and Music, The F-Word and her own blog, deliriumslibrary

In the 1970s, Barbara Hammer romped nude, out and proud onto the American avant-garde film scene with Dyketactics (the depiction of lesbian love-making by a lesbian filmmaker) and Multiple Orgasms, and celebrated Women’s Lib and lesbian community in Superdyke and Menses.

For 35 years, she has celebrated equally the life of the body and the life of the mind in a series of extraordinary films, most recently A Horse is Not a Metaphor (2009), made during chemotherapy for ovarian cancer. Even when documenting the remains of concentration camps or the erasure of gay, lesbian and trans lives in the US, as in her best-known feature Nitrate Kisses (1992), her films find secret, joyful, sexy forms of resistance (like lost footage of beautiful, semi-naked men in a 1930s Hollywood Biblical extravaganza) and share them with the viewer.

From psychedelic 16mm superimpositions to digital magic bringing Maya Deren’s Sink to life, Hammer is still experimenting with film as with being, and nurturing queer artists around the world while remembering and recording our histories.

If you’d like to catch up with her inspiring film and video work at Tate Modern in London next month, we have a double season ticket to give away.

To put your hands on it, please answer the question:

Can you name one female artist whom Barbara Hammer has celebrated on film?

Answers via email to: [email protected]