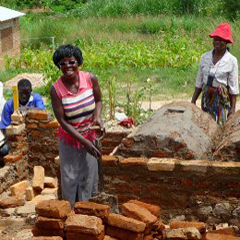 Increased opportunities for women in Africa through improved water and sanitation

This is a press release received from Homeless International, a Coventry-based charity that supports slum dwellers throughout Africa and Asia.

Homeless International’s year-long project to improve water and sanitation for poor communities in Malawi, Tanzania and Zimbabwe has brought improved water and toilet facilities to over 10,000 people. Many more are set to benefit over the coming year, with women in particular seeing a real boost to their livelihoods and way of life.

Poor sanitation and unsafe water is a major problem in slums around the world, claiming many lives each year. Contaminated water supplies, poor hygiene and a lack of decent toilets and sewerage increase the spread of disease. The burden is especially felt by women, who often walk long distances to fetch water, leaving them little time to earn a living.

For Esnat and her family, living in Nkhata Bay in Malawi, poor toilet facilities have long been a problem. They used to rely on pit latrines, which can pollute groundwater and are often unreliable, leaking and becoming unsafe to use in rainy weather. Pit latrines are not permanent and need re-digging each time they are full, costing families like Esnat’s money and valuable time.

Over the last year, UK charity Homeless International has been working with its long-term partner organisations in Malawi, Tanzania and Zimbabwe to help groups of urban poor people – comprising mainly women – to plan improvements to water and sanitation in their communities and to build toilets, dig trenches and lay water and sewer pipes. In Zimbabwe and Tanzania, half of the builders trained through the project are women, who can now use their skills to work on other projects nearby to help them earn a living.

Through this project, more than 1,800 people now have access to a clean and reliable water supply, bringing great improvements to their health and quality of life. In addition, over 1,000 families – including Esnat’s – have their own or shared toilet.

Esnat is one of many people who have built an ‘ecosan’ toilet. Unlike pit latrines, ecosan toilets are permanent structures designed to turn waste into safe and usable compost. As well as improving health, comfort and privacy for family’s like Esnat’s, ecosan toilets bring other benefits: in Malawi, women sell the compost produced, giving them an additional annual income of around MK 5,100 (approximately £20) – the equivalent of one month’s rent.

Esnat also now has more time to spend with her family and in her community, where she helps to promote better sanitation and hygiene practices. Hygiene promotion has been an important part of the initiative, with community members like Esnat helping to spread messages about basic hygiene practices during community meetings and on visits to the sick and elderly. Over 48,000 people have been reached in this way.

Homeless International’s year-long initiative may have now finished, but the number of people benefiting from improvements will continue to increase. Esnat, like many others, took out a small loan from a local community fund to build her toilet. She will gradually repay it, enabling the money to be used to provide loans to help other families construct toilets. 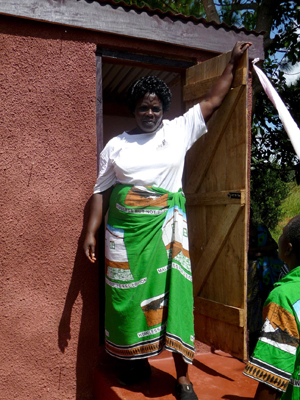 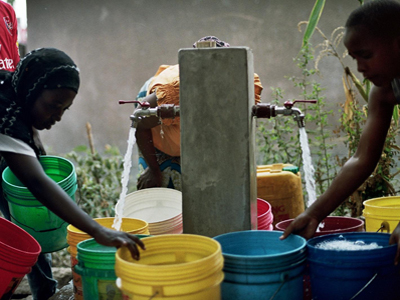