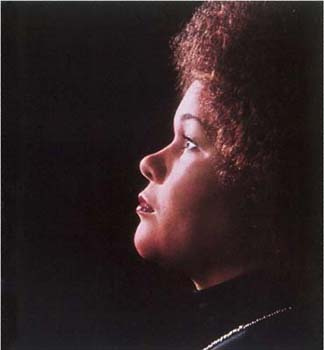 This month’s playlist mostly features hip hop, alongside a chunk of reggae and dancehall. A touch of soul rounds things off, with a classic finalé from Etta James, who died today aged 73. Etta carried on performing publicly until April 2009 and her final album, The Dreamer (including a cover of Guns n’ Roses’ Welcome to the Jungle), was released in November 2011.

‘Push it’ is another 80s track featured in the list. Unfortunately, a lot of Salt ‘n’ Pepa’s material isn’t on Spotify yet, including the following rather excellent rebuttal to slut shaming:

One talented rap artist who is somewhat less well known than Salt ‘n’ Pepa but nonetheless on Spotify is MZ Fontaine. I was turned onto her music when I saw her on Channel Four’s Gay to Z series talking about homophobia. The video for ‘Stud Luv’ was filmed at The Glass Bar:

Two featured women in this playlist with albums coming out next month are Speech Debelle and Emeli Sandé. Watch this space for my review of Emeli’s Our Version of Events and let us know if you’d like to review Speech Debelle’s Freedom of Speech!

Heading into the reggae section of this selection is a dubby track from Ticklah and Tamar Kali, followed by ‘Yuh Nuh Ready For Dis Yet” by dancehall star Tanya Stephens. You might remember Tamar from the interview Jess did back in May and Tanya from this:

Before I leave you with a 2007 performance of ‘At Last’ from Etta James, I’d also like to share an early song by Amazulu. If anyone has a link to any videoed performances of the B-Side ‘Greenham Time’, please let me know!

“The band’s first single was the political tinged ‘Cairo’ backed by ‘Greenham Time’ which was an ode to the women protesting the placement of U.S. Cruise missiles at Greenham Common military base in the early 80’s. Despite their relative lack of musical experience, ‘Cairo’ is a catchy if serviceable slice of early 80’s era reggae and the edgy video was miles from the the lush pop videos the band would later produce. The B-side ‘Greenham Time’ is the more interesting of the two tracks. Its a chant down Babylon/feminist reggae rocker that would have sounded right at home on The Slits first few albums.“

Side profile shot of Etta James looking to a black background on the left by Soul Portrait, shared under a creative commons licence.