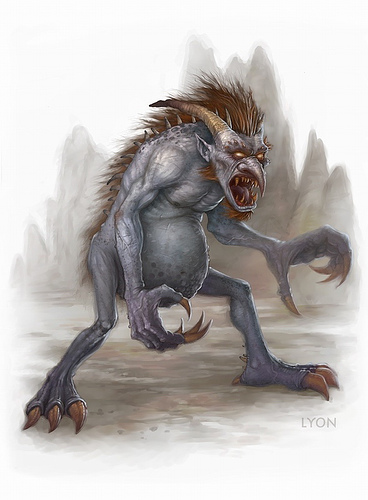 The Troll of Random Misogyny

The Troll of Random Misogyny lives under many bridges; although The Guardian seems to be one of his favourite places to lurk, possibly because of its soft liberal padding. He likes to pounce at unexpected moments, his gnashing jaws slavering with oddly irrelevant comments about ‘feminazis’ and how women just want to destroy men or steal their children below posts about gardening and ways to cook chicken. The Troll of Random Misogyny often wears a thin disguise of Concern for Society, but beneath it one can clearly see his naked, shivering insecurity.

Like many trolls, this species often labours under the delusion that he is a smart, world-weary cynic armored with stinging barbs of sarcasm. Sadly, they are actually lumbering planks of wood with the word ‘SARCASM’ written on them in big letters and he aims them so badly that he usually ends up hitting himself.

Best defeated by: repeating to oneself the magic words “Don’t read the comments!”

It’s not the most family-friendly of fairy tales but it does seem to have an enduring appeal among sections of the adult population, as evidenced by the number of DVDs and online sites providing variations of it.

The Thought Police are everywhere. Like tiny venomous elves, they creep into the brains of anyone who has the temerity to think non-PC thoughts such as “Aren’t all women a bit stupid, really?” and “Let’s be honest, anyone on benefits is a scrounger”. Working at the speed of light, they arrest these thoughts and march them to tiny thought prisons where they can never escape through the medium of speech or text. This is why nobody in the media ever utters a single bigoted word.

Best defeated by: variations on the following conversation:

“Would you believe the Thought Police won’t even allow me to say that fat people are lazy, poor people are thriftless and anyone with tattoos is probably going to break into my house?”

“Yes they will, because you just did say all those things.”

“I suggest that your problem here is not some imaginary liberal authority figure, but your own kneejerk stereotyping.”

If for some reason this doesn’t pan out, you could instead acquire some very small plastic figures, construct a Thought Police Force from them, and attempt to insert it into the ears of anyone who annoys you.

Picture of a snarling troll by Marchange, shared under a creative commons licence.