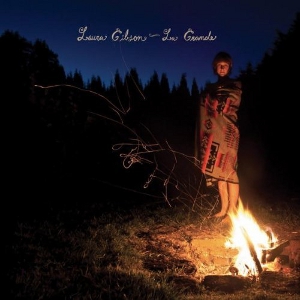 La Grande is Laura Gibson’s third album and it seems it’s not only the record business that has changed a bit since she released Beasts of Seasons. Today, a review in the Going Out Guide section on The Washington Post site talks of her emphasis on “the silence between the notes” on that particular album and how, on La Grande, Gibson “seems to have found a boldness, filling the voids with vocal harmonies and affectations”. Here’s a taster of what our reviewer Kaite Welsh has to say about it:

“I am not a lamb, I am a lion,” warns Laura Gibson on her third and latest album La Grande. This release shows a steel that belies the gentle, whispering melodies that have won Laura critical acclaim and a cult following. It is more ambitious than her previous effort, Beast of Seasons (2009), as well as more upbeat, although there is still time for contemplation on the dreamy penultimate track, ‘Time is Not’, where she admits she has worn her burden “like a halo”. Her slightly raspy voice is best suited to those softer tracks, but rollicking country and western tunes like ‘The Fire’ are a welcome and enjoyable departure from her usual style and the title track is positively rambunctious.

Fans of the haunting intimacy of If You Come to Greet Me (2006) will enjoy ‘The Rushing Dark’ and the deliciously-titled second track, ‘Milk-Heavy, Pollen-Eyed’. Dreamily evocative song names are part of the pleasure La Grande delivers: ‘Skin, Warming Skin’ is as tenderly sensuous as the title implies while the album closer ‘Feather Lungs’ has a floating, otherworldly quality, with lyrics to match…

Yesterday, the npr blog ran a piece about the spooky video for the very atmospheric and film-soundtrack-ready title track.

Director Alicia J. Rose said the following about the concept behind it:

I wanted to make a video for “La Grande” that was both spectral and romantic, with a Hitchcockian otherworldly feel. When I first listened to the track, I instinctively felt the story of lost spirits caught in a forgotten place. When I asked Laura what her inspiration was behind the song, and she told me she wrote it during a stay in the newly reopened — almost 200-year-old — Hot Lake Hotel in La Grande, Oregon, I started doing research about the place and fell madly in love. It’s a hidden but sprawling old hotel with a steam-billowing 208-degree natural hot lake on the property. The opportunity to shoot the entire video there went far beyond kismet — it had never been captured on film — so the place itself as well as its history served as powerful characters in our story.