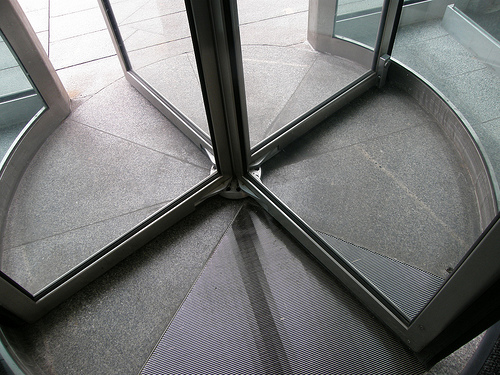 Women in prison: Styal inspection and briefing on foreign nationals

Image shows a revolving door. Used under a Creative Commons License, courtesy of Dan4th on Flickr.

Trigger warning: this post and links in it contain descriptions of self-harm.

A report following an unannounced inspection of Styal women’s prison by HM Chief Inspector of Prisons Nick Hardwick has made serious criticisms of the prison’s provision for women with mental health problems.

…the jail’s Keller Unit, which looks after vulnerable inmates, is still ‘wholly unsuitable. He said prison officers often had to use force to remove ligatures from the necks of women intent on harming themselves. And he said the plight of the women in the unit was ‘more shocking and distressing than anything I have yet seen on an inspection’. … there were too many women serving very short prison sentences, and mental health services were stretched.

Many of the difficulties experienced by prisoners are exacerbated by the excessive use of jail terms as sentences for people whose needs would be better served – and who would be less likely to re-offend – if, instead, better services were offered to them in the community.

It’s a vicious cycle: inadequate welfare provision pushes the prison population up, which makes it harder for prisons to cope, which worsens the problems that prisoners continue to face after they are released – a dynamic heartbreakingly exemplified in the awful story of Neil Carpenter, sent to prison by magistrates to “get [him] over the hardest part of winter”.

It’s a strange kind of fiscal austerity in which the enormous expense of jail terms has come to be positioned as any kind of alternative to proper social services.

Custodial sentences are especially unsuitable in the particular circumstances faced by many foreign national women, who form a seventh of the prison population in England and Wales and whose experiences are discussed in a recent briefing by Hibiscus and the Prison Reform Trust. These women are disproportionately sentenced to short prison sentences for non-violent, non-sexual and non-robbery offences:

Foreign national women are far less likely than UK nationals to have committed serious violent or sexual offences or robbery. Only 15% of foreign nationals are serving sentences for serious crimes compared to 41% of UK nationals. A disproportionate number of foreign national women are in prison for drug or immigration related offences. The briefing’s findings reveal that the average length of sentence given in 2009 for drug offences was six years, with findings of guilt after entering not guilty pleas resulting in sentences of up to 15 years. The average sentence for false documentation was eight months and for deception 12 months.

The briefing points out that too little is done to effectively ascertain whether offending by foreign national women is connected to trafficking or coercion, and to rethink sentencing accordingly:

escape persecution or has entered the country on debt bondage or other forms of people trafficking and for whom survival has necessitated accepting work in illegal activities or use of fake documents to survive. …

Despite the fact that the UK government has ratified the European Convention on Trafficking, with its emphasis on victim protection, there is little attention given by their legal representatives to identifying evidence of exploitation or persecution, or women acting under duress, and the standard advice given is that there is no option but to plead guilty on the immigration related charges.

These women are therefore sentenced, with the assumption of deportation, before they can disclose the necessary information to be assessed as victims or genuine asylum seekers. Failure to get appropriate legal advice on immigration issues in the early stages of court appearances thus prejudices any chance of a positive asylum or residency outcome, as they are slotted into the category of “foreign criminals”.