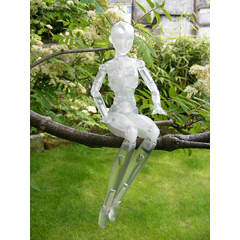 Do H&M deserve a boycott?

It appears as if fashion chain H&M are again stepping on toes. In December last year, H&M’s use of computer animated models hit the media and caused up quite the stir. Not only were many women angry because H&M computer animated their mannequins into models, but H&M also failed to inform their customers about the scam. Countries such as Britain, Norway and France are now discussing using similar warnings that can be found on tobacco products on heavily edited and airbrushed images. The mentioned countries suggest that airbrushed pictures are marked so that the public are aware that they have been altered. Perhaps H&M should write on theirs: Warning: heavily edited image. This body is not that of a living woman.

Since then, H&M have been criticised for various reasons, all relating to women or the treatment of women. H&M have among other things received harsh criticism from the partner of the late Swedish author Stieg Larsson (who among other books wrote Män som hatar kvinnor or in English titled The girl with the dragon tattoo). An article from Aftonbladet, discusses how Larsson’s former partner Eva Gabrielsson is upset because H&M created a line of clothing that was inspired by the heroine Lisbeth Salander and which was released in time for the American premiere of The girl with the dragon tattoo. It feels strange to have what Gabrielsson claims to be a feminist role model such as Salander being given attention through fashionable clothing, which is not one of Salander’s main priorities and which is not what Salander’s character is about. Gabrielsson was upset over how H&M commercialised the character with their clothing line and meant that Stieg Larsson would never have commercially sold the brand of Lisbeth Salander. Instead, he would have wanted that type of money and effort to be spent on combating violence against women.

A second article from Aftonbladet, is concerned with how H&M have apparently plagiarised the art of American artist Tori LaConsay and have used her art for pieces such as doormats and pillow covers in their home decoration department. Friends of the artist reacted over her art being used after they found it on H&M’s UK website. Apparently friends of the artist sent upset messages and comments to H&M’s Facebook site but the messages were quickly deleted. LaConsay was never credited or compensated by H&M, which is a huge chain and have more than the capacity to pay for art.

Not only is H&M being criticised for the above mentioned examples, but for years the working conditions in many of their factories has been widely discussed in the media. Although refuted by the organization, H&M have time and time again being accused of using child labour, having harmful working conditions and toxic environments, all while paying their employees below minimum wage. The Swedish documentary H&M Latest Fashion, but at what price? from 1997 depicted these gruesome conditions.

The recent discoveries involving the fashion chain are making people all over the world disgusted. We do not have to support these kinds of actions or this kind of behaviour. One simple way of saying no to behaviour such as this is to boycott the chain.

The image shows a translucent mannequin sitting on the branch of a tree.