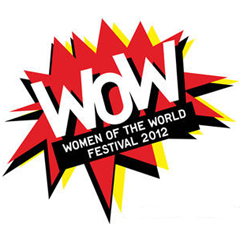 Katy B, Annie Lennox, Jess Mills and Emeli Sandé are amongst those confirmed for the annual Women of the World Festival at London’s Southbank Centre to promote, recognise and celebrate women.

Southbank Centre’s WOW – Women of the World festival features a series of performances with gigs, films, comedy, classical music, theatre, poetry and readings, alongside debates, talks, networking, mentoring opportunities, workshops and many free, participatory events across Southbank Centre’s site in the many rooms and spaces of the Royal Festival Hall and Queen Elizabeth Hall.

“Throughout history, many women’s achievements have gone unnoticed or unsung. I created WOW – Women of the World Festival to celebrate the formidable power of women to make change happen, to remind us of our history, to draw attention to injustice, to enjoy each other’s company and to encourage men to add their support as we set out to achieve a fairer world. I was overwhelmed by the positive response to WOW in 2011 and am excited to build on this success with another great festival at Southbank Centre in 2012.”

Katy B, Annie Lennox, Jess Mills and Emeli Sandé are confirmed for the annual festival to promote, recognise and celebrate women.

Through WOW – Women of the World festival, Southbank Centre aims to contribute to the empowerment of women and girls on a year-round basis. As part of WOW 2012, Southbank Centre is working with London schools, including Mulberry School for Girls in Tower Hamlets, to programme a conference for an invited group of pupils and their mothers to discuss what makes a great 21st century education for girls. Southbank Centre will build on the success of the 2011 speed-mentoring sessions by offering more tailored and in depth speed-mentoring opportunities across a breadth of subjects and industries, as part of an ongoing commitment to developing and promoting mentoring schemes for women.