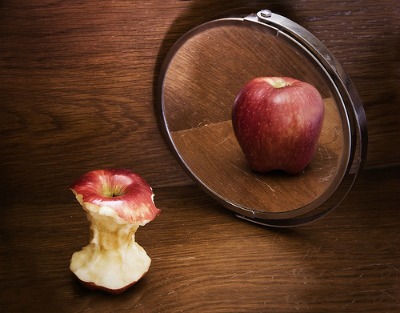 How to be a woman: teen anorexia and the female form

Warning: this post discusses eating disorders and talks about experiences which some readers may find upsetting

“During the past decade, women breached the power structure; meanwhile, eating disorders rose exponentially and cosmetic surgery became the fastest growing medical speciality. During the past five years, consumer spending doubled, pornography became the main media category, ahead of legitimate films and records combined, and thirty-three thousand American women told researchers that they would rather lose ten to fifteen pounds than achieve any other goal… inside the majority of the West’s controlled, attractive, successful working women, there is a secret ‘underlife’ poisoning our freedom; infused with notions of beauty, it is a dark vein of self-hatred [and] dread of lost control.” – The Beauty Myth, Naomi Wolf

My generation of young women has it easy in so many ways. We are the boardroom quota generation; the diversity audit generation; the technology generation, living in a world where the internet gives voice to our every complaint, and 140 characters can effect change. But we’re also the anorexia generation. Around 1 in every 150 fifteen year old girls is anorexic, and I was one of them.

It seems counter-intuitive that greater financial and social power for women can be reconciled with ever-decreasing power over our own bodies. Yet as women have achieved greater equality at home and in the work-place, the demands we place on our bodies to conform, to correspond to our successes, become more and more debilitating. The discrepancy between perfectionism – at work, at home, physically – and anorexia is vast, and I don’t wish to confuse ambition with a serious mental disorder, but the fact that you can trace this relentless pursuit of achievement across anorexics everywhere is indicative of a wider tendency of women in society.

With the benefit of hindsight, it’s clear that my own anorexia was, among many other factors, born of a desire to really achieve something. The sense of impotency that enveloped my existence as a teenager was only briefly cleared by the control granted by self-starvation. But anorexia is a slimy, slippery beast; she offers you control, and then before you can catch a breath, you find yourself imprisoned. No power, no independence, no privacy; doctors and nurses poking at your ugly little body, and your parents getting more and more haggard, as all of your lives rapidly fall apart. And all the while, your very thoughts and feelings are mercilessly monitored by something alien within you, making every hour a sordid struggle, a lonely and relentless trudge.

Indeed, I asked Gemma, a fellow anorexic, whether she was looking forward to adulthood, and her response perfectly summarises the hypocrisy of the anorexic independence complex: “Yes! I’m looking forward to living my own life with much more independence, but I know that I must fully recover in order to be able to cope with this.”

Why do we drive ourselves to such extremes for the sake of control? It’s no accident that emerging from the abyss of anorexia coincides with many young women’s discovery of women’s rights activism. I speak as someone who found myself, unexpectedly, at a healthy weight, and just as suddenly found myself at the forming of a feminist organisation; the question of female power and the question of anorexic power are, to my mind at least, inextricably linked. My peers and I are told that we must grow up into one of a set of women, their outlines dictated by society: the working mother, the childless career woman, the stay at home mum, the spinster.

Of course, anorexia is much more complicated and varied than merely a product of pressure and impotency. I interviewed a number of other anorexics to get a picture of how they felt, and a definite thread comes through. “Lack of self-worth” and “inadequacy” are recurring phrases; one girl, Freya, told me, “I didn’t feel I was as good enough a woman as I wanted to be… [I] thought losing weight would change that”. Adulthood – womanhood – stretches unwelcomingly ahead: we’re taught that we will never be, should never be, happy with ourselves, our lives, our bodies. So we start with our bodies. It’s supposed to be the easiest thing to succeed at being, being thin.

All names have been changed.

Note: Anorexia nervosa is a classified mental illness. If you are worried about someone else’s health, or think you might suffer from an eating disorder yourself, please, please seek medical help. Eating disorders can have terrible long-term consequences; they can kill.

NHS online also has lots of information and advice on treatment.

Picture by Santiago Alvarez, used under a Creative Commons License