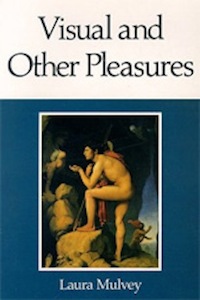 New review: The Princess and the Frog

Back in 1975, in the autumn edition of Screen magazine, the article was published that became the cornerstone of the strand of (feminist and not only) film theory informed by psychoanalysis.

Laura Mulvey (who still teaches film theory at Birkbeck, University of London) wrote about ‘Visual Pleasure and Narrative Cinema’, trying to understand “what the cinema has been, how its magic has worked in the past” and at the same time critically challenge this legacy by exposing the behind-the-scenes of cinema’s magic.

In the essay she used psychoanalysis, not uncritically however but as a “political weapon”: she wanted to show how the unconscious of patriarchal society has influenced film form, rendering onscreen women always passive and mere objects of authoritative male gaze. Some feminist critics accepted this premise while others have been relentlessly kicking against ever using psychoanalysis as a framework because of its inherent (hetero)sexism.

The cinematic landscape has changed much in 37 years and numerous women directors prove every year that women in film are anything but “passive” and “there to be looked at” (see our coverage of Birds Eye View festival, celebrating women filmmakers). At the same time, proliferation of queer films is constantly challenging heterosexist assumptions shaping our culture (if you’re lucky, you might still be able to get tickets to the 26th BFI London Lesbian & Gay Film Festival that opens next Friday). 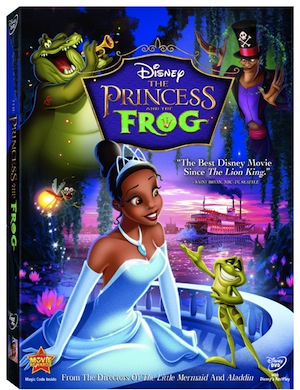 However, in our Reviews section Amy Tuckwell is looking at what happens when one takes Mulvey’s theory and applies it to an exemplar of recent (2009) cinematic magic from the Disney dream factory, The Princess and the Frog.

How much has actually changed in popular narrative cinema since 1975?

From gender perspective 2012, is Tiana a princess progressive enough?

Read Amy’s review to find the answers to those questions and more.