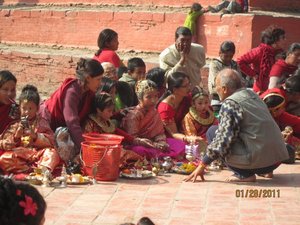 Ramblings of a professional feminist

I receive many comments from my friends how lucky I am to be a professional feminist. In my day job (that pays me to volunteer for efforts like the F-word ;-) ), I work as a gender consultant in the industry of International Development. And while feminist use this skill everyday, the same skill is branded in my industry as “institutional analysis”. (It’s a key skill you can sell yourself for lots and lots of money! Though not me as of yet… :-))

Something that bothers me is many people don’t realise that sexism, racism are institutional systems. When they say things like… well men are discriminated against as well. Yes, I understand that perhaps in one certain circumstances you may have been biased against. However, the whole POINT of my industry is that there are systems that are engineered so that certain always people always win and certain types of people always lose. It’s my JOB to look at who usually wins and who usually loses. So it means looking for patterns globally or country-wide.

I am currently doing a lot of reading about global Intimate Partner Violence (IPV). Some system links that are prevalent:

• IPV is strongly correlated with a country’s GDP. Suggested causes may be due to as a country becomes wealthier; they are able to focus other aspects rather than struggling with basics. In wealthier countries, IPV prevalence is usually between 2-4%. In low income countries, the prevalence is about 20-40% (or higher). There are systems at play here that intensifies IPV in low-income countries.

• Multiple lines of evidence suggest that heavy drinking is a contributing cause of partner violence. Studies show it’s not the prevalence of alcohol but the abundance of alcohol which shows the strong correlation with IPV.

As you can see, there are overarching patterns which points us in the direction of a SYSTEM WIDE sexism. It focuses on the power inequity and the relationships between men and women as a system. No, it does not mean that all men hit women, it doesn’t mean that all men WANT to hit women. What institutional analysis does show is that there is a predominant issue that reinforces the idea that men and women are not on equal footing.

The next time someone doubts your assertion of discrimination, or says men are discriminated just as much as women, or thinks you’re being on your high feminist horse again, just remember feminism uses “institutional analysis”, its about looking for overarching patterns. And don’t forget some people get paid big moolah for it.

The image above was taken by Josephine Tsui in Nepal. It is a picture of young Nepalese girls in a marriage ceremony. Nepalese women are married three times in their life. The first is to the God of flowers. The second is to the God of the sun. The third is to their husbands. This picture depicts the first ceremony. Please do not reuse the picture without permission.