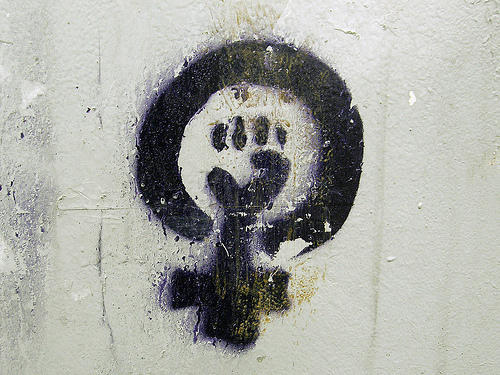 Statement on UN Commission on the Status of Women

Image shows a feminist fist spray-painted onto a wall. Shared by Eva the Weaver under a Creative Commons license.

The Asia Pacific Forum on Women, Law and Development (APWLD), Association for Women’s Rights in Development (AWID), International Women’s Health Coalition (IWHC), International Women’s Rights Action Watch Asia Pacific (IWRAW Asia Pacific) and Women Living Under Muslim Laws (WLUML) have released a joint statement on the failure of the United Nations Commission on the Status of Women (CSW) to adopt agreed conclusions at its 56th session earlier in March. They draw particular attention to the role that arguments about protecting “traditional values” have played in preventing consensus on the human rights of women.

We say NO to any re-opening of negotiations on the already established international agreements on women’s human rights and call on all governments to demonstrate their commitments to promote, protect and fulfill human rights and fundamental freedoms of women.

…it is alarming that some governments have evoked so-called “moral” values to deny women’s sexual and reproductive health and rights. Sexual and reproductive rights are a crucial and fundamental part of women’s full enjoyment of all rights as well as integral to gender equality, development and social justice. Social and religious morals and patriarchal values have been employed to justify violations against women. Violence against women, coercion and deprivation of legal and other protections of women, marital rape, honour crimes, son preference, female genital mutilation, ‘dowry’ or ‘bride price’, forced and early marriages and ‘corrective rapes’ of lesbians, bisexuals, transgender and inter-sexed persons have all been justified by reference to ‘traditional values’.

The full statement can be found here. You can also add your name as either an individual or an organisation.