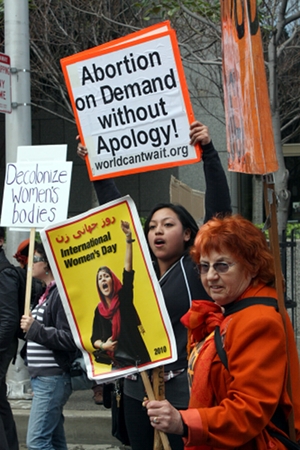 Time for our weekly round-up of links and an open thread – feel free to add links to stuff we missed!

As ever, linking equals interest not necessarily endorsement.

Young, black and unemployed: the tragedy of the 44% – Diane Abbott at CiF

Annie Lennox: ‘The world has become more sexualised’ – The Guardian

On International Women’s Day, what should we be fighting for? – The Guardian

The Help, then and now – Bad Reputation

If you like banter, you are an idiot – The Telegraph

Women protesting around the world – in pictures – The Guardian

Are Sun readers ready to “Beat the Cheats” armed with the facts? – Krishna Talsania at CiF

Turkmenistan: On International Women’s Day, it’s all about him – EurasiaNet

As feminists, united we fall apart – divided we may yet succeed – Zoe Williams at CiF

Calm down, dears? Why it’s a bad time to be a British woman – Polly Toynbee at CiF

The feminisation of madness is crazy – Guardian

Where women went wrong in Egypt – The Daily Beast 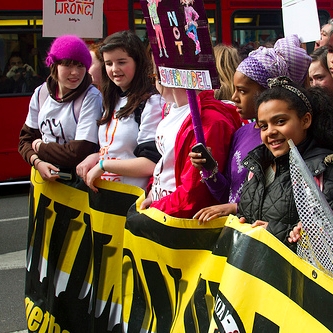 15-year-old girl accused of murder after a miscarriage – AlterNet

You are not a failure – PhD in parenting

Girl Scouts are full of stars, mine is Miss Hazel – Women’s eNews

And finally, a musical number to see us to bed:

Photo of International Women’s Day protest by rawEarth, and photo of Million Women Rise 2012 march by Tamara Craiu, shared on Flickr under a Creative Commons license