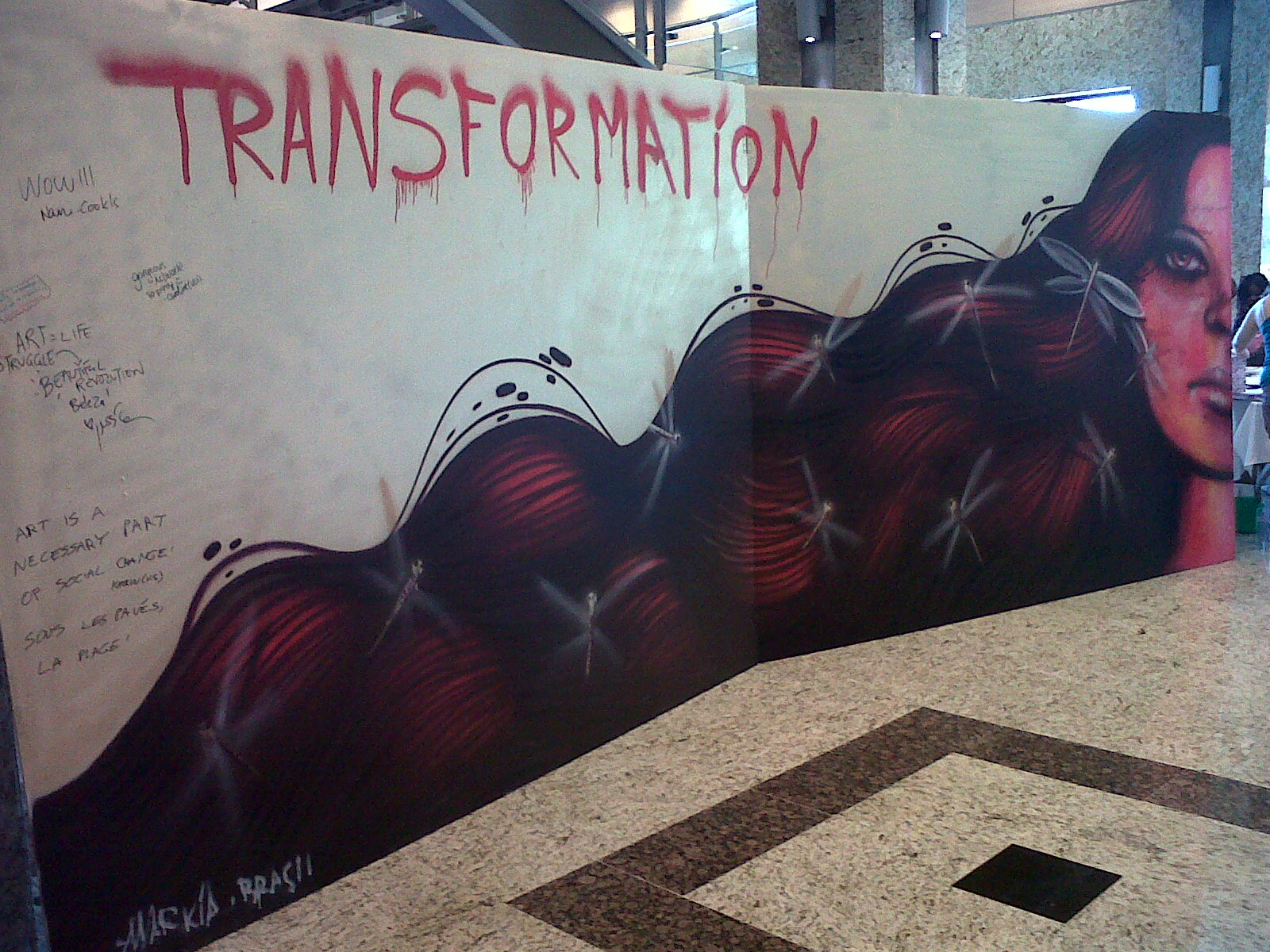 Last day at the Association for Women’s Rights in Development (AWID)’s 12th Forum today, which Josephine and I are both attending (previous posts here and here).

I started the morning by attending a session on ‘Building feminist movements for economic justice’ with Srilatha Batliwala of AWID and Maria Poblet of Causa Justa-Just Cause. Some of the most interesting parts of the discussion were informed by AWID’s report on the topic (updated version due out shortly, but I think this might be the current report), including the distinction between building feminist movements – where feminist objectives are the aim of the movement – and feminist movement building – where we try to bring feminist analysis and politics into other movements. I haven’t read the report in full so can’t say yet whether I agree with this framing, but I do certainly recognize the difference between movements that explicitly aim to advance a feminist agenda and those that try to attend to women’s rights to some degree, witout it being a core objective.

It was interesting to hear from Maria on this score because the organization she works with has been involved in making links between the gender, race, class and migration-focused movements that she is involved in with the Occupy San Franciso and Occupy Oakland movements. As part of the session, she showed a video about the work (which I can’t yet find online, will try and post later if I do).

After watching the video, Srilatha challenged us to think about the ways women participate in movements. While there were lots of women, and women of colour in particular, that were visible throughout the video, could Maria confirm whether these same women were helping to direct the movement, in leadership or decision-making roles for example? Srilatha highlighted the tendency to use women as ‘protest fodder’, where women are invited to be visible and take up space in public action, but whose interests and needs are not necessarily reflected or served by the movement. Was Occupy a feminist movement, or were ‘women’ invoked in slogans or pictures without attendance to how the prevailing economic paradigm actually produces and entrenches gender inequality and the denial of women’s rights?

Srilatha also helpfully reminded us that there is a difference between organizations and movements: while movements need organizations to achieve change, they are not interchangeable and there are different kinds of organizations that can be more or less helpful to our agendas. On this, accountability to movements is key, said Srilatha. Organizations that proport to be feminist or to advance women’s rights but which do not link with the priorities and interests of women really might not be any help at all.

Photo of a mural created by a Brazilian-based artist that is at the AWID Forum by me, shared under a Creative Commons license