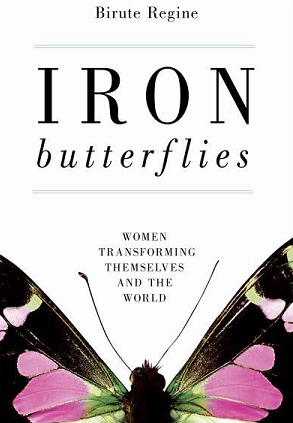 Have you ever wondered what deep, dark, closely guarded secrets lie above the notorious glass ceiling? Using a myriad of other women’s accounts of life above the glass, Birute Regine’s Iron Butterflies reveals that there are still more fights to be fought in the name of equality.

As Regine shows, it is clear how far gender equality has come since the beginning of feminist activism. She provides women with the way of the “Iron Butterfly” as a guide to help us better deal with the new situations which have arisen, due to women continuing to move into workplaces which were once even more male dominated than they currently are.

Regine argues that “women around the world are weaving a reality filled with compassion, cooperation and grit that challenges the status quo and transforms the meaning of power, leadership and success.” In the book, each chapter and story further explains what it is to be an Iron Butterfly and how you, as the reader, can take steps to transform into one.

I couldn’t help but look for something I could relate to as I read, chapter to chapter, story to story. I wanted something to suggest how I would have acted in the same situation and was searching for an answer to the question I think a lot of people would have when reading the book: am I an Iron Butterfly? If not, how can I be?

It is clear Regine has spent many years listening to and interviewing all kinds of women and discussing their life experiences. This book is clearly the result of someone who has been inspired by the women she has met and spotted a distinct quality in each of them: women who have successfully combined behaviours traditionally regarded as feminine and masucline to make changes for the better. She believes that more women adopting these techniques and attitudes would “create better living and working relationships for us all.”

Even light research on the author reveals she has spent a number of years studying how stories can be an effective strategy for change. She has also conducted very thorough research into the workings of businesses in the book The Soul at Work: Embracing Complexity Science for Business Success. This gave me reassurance that this writer knows what she is talking about.

The multitude of stories and first-hand accounts indicate that the technique in the book is a tried and tested one and it only takes a few chapters for me to find myself relinquishing any previous doubts I had about the effectiveness of it. 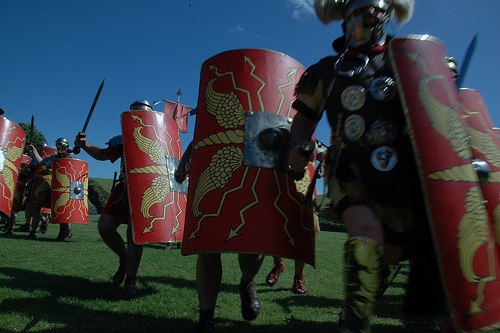 This book has come along at a very crucial point in the continued liberation of women and clearly identifies new issues that have arisen, due to many more women now pursuing careers. Not only does the book describe these problems in the words of people who have experienced them, it also offers a number of solutions to them. For example, how to deal with “gladiator” (Regine’s word for stereotypically masculine) management styles when they are not working effectively and the benefits of adopting new holistic approaches. This is an old problem with a new solution that the book demonstrates is already showing positive results for those involved.

Iron Butterflies fits into the general field of feminism and women’s studies, but I think it should also be considered in a wider context because if this holistic approach is so fruitful then more people should be able to read about it. That’s one difference between this book and some other more recent feminist writings, which suggest women campaign, join forces and rally against the opposition. Regine talks to women as individuals, as a member of society and not just as part of a marginalised, oppressed sex.

Regine shows how women, behaving as Iron Butterflies, are providing new answers to old problems, within a culture built on aggression, bullying and humiliation of employees and co-workers

Early in the book Regine gives a very thorough but brief history of women, the progress of feminism and where women are today – which makes for interesting reading regardless of whether you are new to feminist literature or not. She references multiple statistics and research data to support her claims at the start of the book but this dissolves half-way through. This is disappointing, as the topics she discusses in the beginning are interesting and refreshing insights into the history of women.

The story method is effective at convincing the reader that these methods are capable of succeeding in a variety of different situations and demonstrates that there are different approaches more suitable for some situations than others. This is shown in the variety of topics discussed: ‘Bodies’ and ‘Divinities’, for example, discuss the spiritual side of femininity. The overall ideas here are clear – and Regine’s personal opinion helps – but I think some people, including myself, may find them difficult to relate to. While other people may prefer this approach to the others, I personally find the stories in this section a little weak and the evidence seems tailored to support them.

Although many of the other stories are centred on big business, they are not inaccessible to readers not involved in it. For example, ‘Gladiators’ is a clear example of how the world of business is being affected by women entering the domain. Regine shows how women, behaving as Iron Butterflies, are providing new answers to old problems, within a culture built on aggression, bullying and humiliation of employees and co-workers.

The choice of stories demonstrates how a holistic approach, when adopted in these situations, clearly improves the lives and working environment of everyone involved. In further chapters, Regine includes the experiences of a man who explains how he came to act as a gladiator, providing the reader with the chance to empathise and understand why this culture has dominated for so long. Later in the book, she also includes a male colleague’s opinion on the new approach that was brought in by his female boss and reveals “it was not necessarily a more efficient way of working, but ultimately a more effective [one]”. 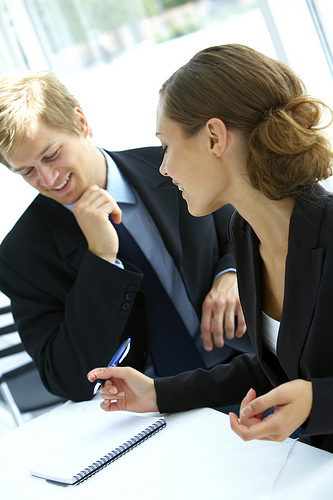 Similarly, stories focusing on spirituality also carry merit, whether or not it is for you. I believe anyone would be able to read each chapter of this book, regardless of whether they can directly relate to it because the value of the message transcends the argument put forward.

While this book is predominantly aimed at women, women with an interest in feminism and more so at career women, I don’t believe men would be excluded, as the arguments are viable to them too. Men could learn as much as any woman about the possibilities of a holistic approach for business – a view that is supported by the inclusion of male testimonies in the book. Regine highlights the negatives of imposing and consuming the strict gender stereotypes placed upon each sex and proves that a balance between ‘feminine’ and ‘masculine’, if adopted by each, can be more effective.

I have written this review as a young woman who is “just starting out”, someone who Linda Goodwin suggests on the blurb it is required reading for. However, after reading the book, I don’t think it works as a guide on how to live a life before you’ve experienced it for yourself. I believe it would be more useful as a book for someone used to a working environment, though not necessarily the kinds discussed in the book. It is perhaps more helpful as a tool for reflection, one which will make you ask yourself questions about how you live your life and whether some of the approaches described could benefit you or others around you.

The message of the book is clear: it doesn’t have to be this way

While reading this book, I have been educated on the history of women, where women are today in our fight for equality and where we may be headed. It fills me with hope that the problems women face in once male dominated domains can be fought with a balance of the skills typically thought of as ‘masculine’ and ‘feminine’ – which, as Regine so promisingly demonstrates, everyone is capable of embracing.

Whether you read this book with an open or closed mind, are male or female, young or old, feminist or not, you will benefit from it in one way or another; either with a better understanding of women’s situations, the inspiration to make changes to your life or the urge to start discussions with your friends, family or colleagues. However, as I said earlier, this book speaks to you, not as a member of an oppressed mass, but as an individual – therefore the true worth of the book lies in the hands of the reader.

The message of Iron Butterflies is clear: it doesn’t have to be this way. It offers a solution that requires you, and only you, to assess the way you approach life and transform yourself into an Iron Butterfly – if, of course, you aren’t one already.

Image of Roman gladiators by MuseumWales, shared via a flickr creative commons license

Image of business people by inlinguaManchester, shared via a flickr creative commons license

Carrie graduted with a Fine Art degree last summer and is currently studying for a Master of Research in Art and Design, specialising in contemporary women’s art