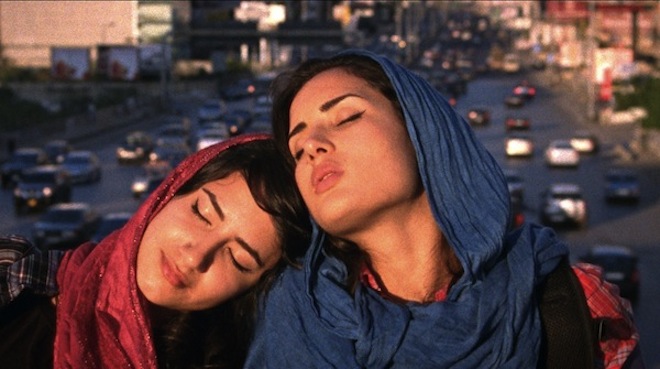 “From an early age, I have been a translator of culture: East for West, and West for East,” writes Maryam Keshavarz, director, producer and writer of Circumstance. She writes of how she grew up with Iranians burning American flags on one side of her existence, while in New York her brother was attacked by a gang who accused him of being a ‘fucking terrorist’. “This was in 1981”, she clarifies.

Asked by AfterEllen.com about her first feature film, Keshavarz says:

“Circumstance on one level is about a very liberal family in Tehran, Iran who is torn apart when the brother and sister start to go in different directions. But also on another level it’s a love triangle about a brother and sister in love with the same girl.”

Iman Qureshi reviews for us the film by Iranian director, screened in London during last month’s London Lesbian and Gay Film Festival (and which unfortunately still hasn’t got UK distribution confirmed, as Iman found out in her interview with Keshavarz).