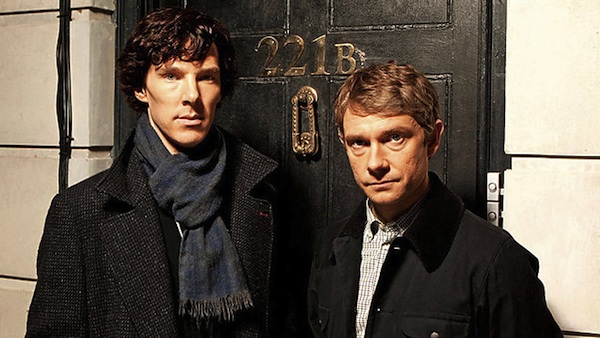 With his Star Trek villainy keeping Benedict Cumberbatch occupied for the foreseeable future, Sherlock fans might have quite a wait ahead of them before the gangly super-sleuth returns for a third series. Meanwhile, here’s Helen-Rose Owen to take stock of the show from a feminist perspective.

The arrival of Irene Adler in Sherlock’s series two opener caused quite a stir, not least because she appeared to have misplaced her knickers. However, Jane Clare Jones’s claim that the BBC’s update of the character was “regressive” seems unreasonable. Yes, Adler was vamped up and sexualised for the modern audience, but hers was a powerful, autonomous sexuality.

Adler was here using her sex appeal as a source of strength, and manipulating the heterosexual male gaze to her advantage. Unlike Amy Pond, she was not ashamed or chastised for it, apart from one snarky comment from Sherlock about taking one’s clothes off to make an impression. Given that he’s snarky to everyone, it’s hard to take this particular example too seriously.