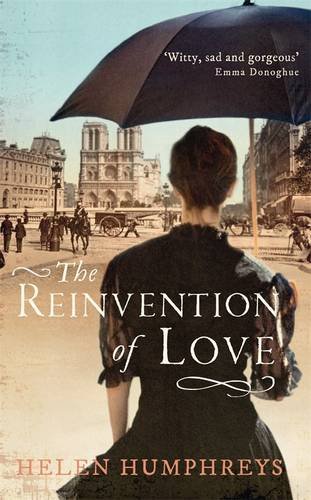 When I picked up Helen Humphreys’ The Reinvention of Love I was expecting a fairly standard historical romance – not bad thing as it’s my favourite genre. This perception was strengthened by the introduction on the front cover: “married to a great man, in love with a man like no other”. However, what I got was an extraordinarily subtle and emotive book that focuses less on a love affair and more on its painful and lonely aftermath. And, the central character, Charles Saint-Beuve, is truly “a man like no other”.

The novel follows the lives of Charles, his lover Adele and her husband, the celebrated writer Victor Hugo. It opens in the centre of the affair, with Charles – a journalist and wishful poet madly in love with Adele. In love to such an extent that he fights a duel to prove how brave and daring he is – how worthy he is of her love. This sets up his character from the beginning: rather grandiose and selfish with an obsessive streak.

Because the novel begins in the middle of Charles’ and Adele’s affair, Humphreys doesn’t follow the traditional narrative of a historical romance. Instead, the chief pre-occupation of the book is the lasting impact the affair has on Charles, Adele, Adele’s children and, to a degree, Victor. And whilst that impact is an emotionally devastating one, in many ways the joy of this book is that not much really happens. There’s no great denouement or grand gesture or grotesque tragedy – though there is tragedy, it’s just subtle: Charles’, Adele’s and Victor’s lives go on and on, but without love.