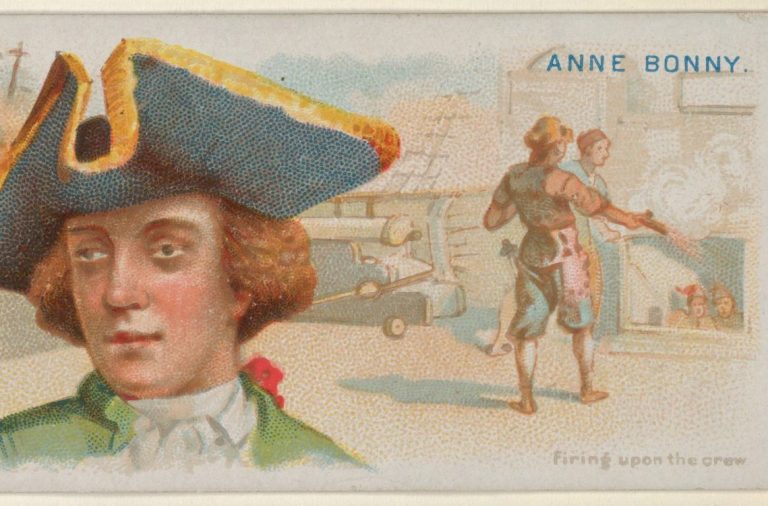 Director, writer and performer Lucy Foster reflects on the experience of creating The Pirate Project, a play exploring the lives of female pirates, opening at the Ovalhouse Theatre, London on 15th May. 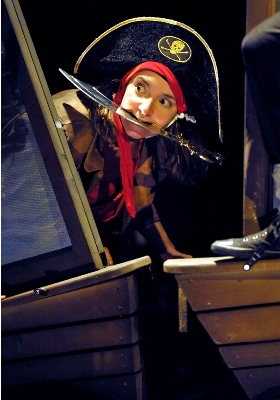 About three years ago I decided that I had lost touch with what I termed my inner pirate. I realised that emerging out of my teens and sailing into my early twenties I had been confident, unquestioning of what I could achieve, and a complete believer in my ability to fulfil ambitious goals. I was also more or less unaware of gender as a factor in my behaviour or the way the world treated me.

But as I approached and passed thirty I began to entertain massive doubts about whether I had the qualities necessary to be in the kind of leadership positions I imagined I might be when I was younger. I now apologised way too much, dwelled at length and critically on actions I had taken, and couldn’t identify myself as enough of an ‘adult’ to be a person who told other people what to do; even nicely and apologetically. Like all pronouncements we make about ourselves this is not one hundred per cent true, one hundred per cent of the time. But it was, importantly, the perception I came to hold of myself. And then suddenly, for the first time in my life, I had a real sense that these feelings had a connection to being a woman

I looked around at male theatre directors (that is what I do!), and saw people who didn’t seem to possess any of these feelings, far from it. They were relaxed, incredibly confident of their own abilities, sometimes bordering on arrogance, and I couldn’t imagine them ever talking to themselves quietly on the bus on the way home saying ‘oh god, why did I say that!’. This feeling was backed up by the fact that they also still seemed to be getting the jobs, the prizes, and the media attention in far greater numbers than their female contemporaries.

At the same time that these thoughts were sloshing around my head, a friend said to me ‘if you’re trying to get back in touch with your inner pirate you should look at these real life female pirates’, and started sending me links to the endless pages on the internet written by pirate obsessives. And here I came across Anne Bonny, Mary Read and Ching Shih, and The Pirate Project was born! A way to turn my current personal crisis into my next show.

Much of what is known about these female pirates is of doubtful historical accuracy, but nevertheless, their amazing stories offered up survival against the odds as a sailor and pirate, leadership over thousands of men and ships, physical strength, all in a world where their actions were not only unconventional but downright extraordinary.

They are brilliant starting points for the very reason that they were bold, decisive, assertive, brave, and nonconformist, and playing out their stories allows the female performers to do things on stage that remain uncommon for women on stage or in films. There’s the fighting and the being dirty and messy and extremely physically active and not in any way trying to look pretty or elegant. And there’s the being funny, which I personally think they are, but I could of course be biased!

But beyond this there is also the sheer diversity of roles and emotional states that the performers get to play out that I have found exhilarating and liberating to watch. Because more and more making the show, as well as a good swashbuckling sword fight and the release of a blood curdling ‘Ah harr’, we became attracted to putting something on stage that allowed the performers and the characters they played to represent all the parts of themselves and all the parts of being a woman. It is so fun and delicious to be aggressive, then vulnerable, then sexy in a knowingly swashbuckling way, then indecisive, then unashamedly power hungry, then rebelliously teenage, and then idealistic and utopian all within the space of an hour and twenty minutes. I find it exciting because whereas portrayals of men often take them on epic journeys through an array of different ways to be a man, women’s stories are still too often boring, narrow and predictable. The few women that appeared in the recent The Pirates! In An Adventure With Scientists! are a case in point.

As our rehearsals for the show progressed I began to feel that more than any specific feminist message or point the show may or may not leave its audience with, it was this room for the range of ways to be a woman that felt exciting and important. ‘Be the change you want to see in the world’ may be the most overused of Gandhi’s writings, but it nevertheless seems appropriate to me here.

When represented in the mainstream media, images of women having a great time and excelling in their lives seem to be becoming increasingly narrow and prescribed. You can be wild as a woman, but only if it involves being dressed up to the nines and out drinking tequila shots. You can be successful but only if you wear a well-cut business suit and pretend you always have the answer to any question. You can be a good mother, but only if you decide after the birth that every other experience in your life thus far now pales into insignificance.

I have enjoyed being involved in a show that, I think, offers other visions and, albeit gently, questions the rigidly narrow depictions of wildness, success and motherhood that currently abound.

Now that the show is made and out on tour I think I can say that it has been good for me. I have more or less got back in touch with my inner pirate, although it is now one that I have shaped along my own lines to include, along with determination and decisiveness, vulnerability and room for doubt. And accepting that because life is complicated I will never, ever be in touch with it one hundred per cent of the time!

The feature image of a cigarette card from the Metropolitan Museum of Art is shared under a Creative Commons licence.