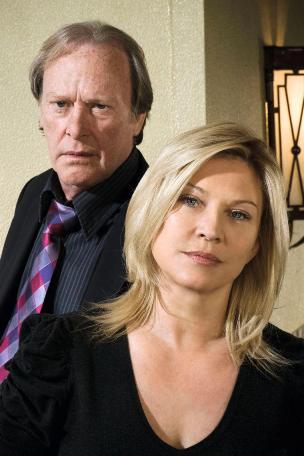 On Wednesday 20 June (tomorrow), BFI Southbank will host a lecture by Dr Rachel Moseley, Senior Lecturer in Film and Television Studies from Warwick University, exploring British TV’s representation of women in the workplace since the 1960s.

Reminding us that long before the hit US series Mad Men, British television occasionally focused on the professional and personal lives of working women, the talk will look at programmes such as Compact, Agony, Connie and Prime Suspect.

The talk will be followed by a Q&A session with writer Abi Morgan (The Hour, The Iron Lady) and actor Amanda Redman, as well as – both work permitting – Hilary Salmon (Executive Producer, BBC Drama) and chair Kate Kinninmont (Chief Executive, Women in Film and Television).

We have a pair of tickets for tomorrow’s talk to give away: they will go to the first person who emails me at ania.ostrowska[at]thefword.org.uk with ‘Career Girls’ in subject line.