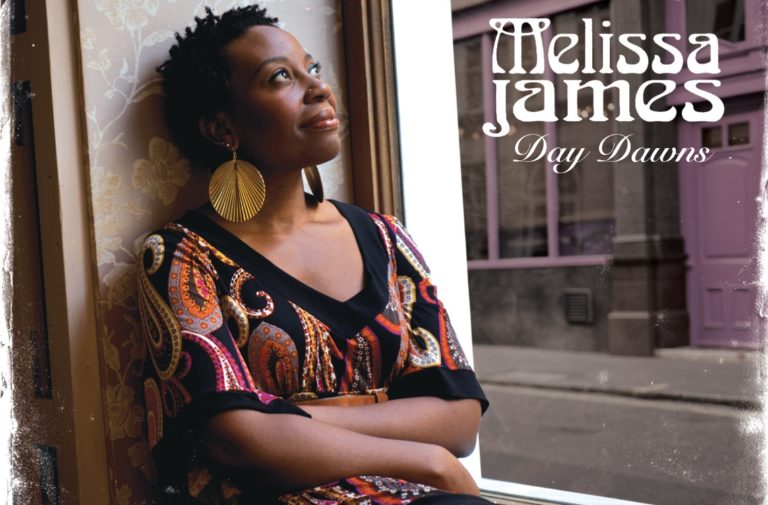 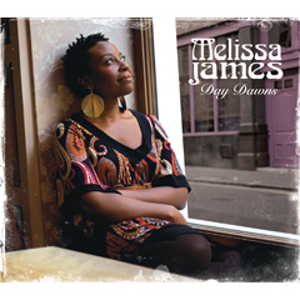 I first heard about Melissa James when she got in touch with a women’s radio group e-mail forum that I receive occasional updates from. She sent a message as an independent artist looking to make contact with stations and programmes. Her description of her music style as “rootsy and soulful folksy blues with inflections of jazz” led me to immediately check out her Soundcloud page.

Unfortunately, the launch gig for Melissa‘s debut album Day Dawns at Green Note on 21 June is sold out but you can still catch her at London’s Cafe Posk (23 June), Soho Pizzeria (30 June) or Half Moon (2 July) if Helen G‘s preview of the album inspires you to go and see Melissa live.

Like Helen, the first track that struck me in the Soundcloud selection (before hearing the rest of the album) was ‘I Miss You’. This is a wistful and beautiful lovesong that I’d say deserves to be picked up for a film soundtrack (though, paradoxically, part of me hopes it won’t be because it would surely end up becoming a “first dance” classic and therefore losing its sparkle). However, my personal favourite from Day Dawns, overall, is the bossa nova-tinged ‘Do You Remember When’. This isn’t available to listen to online as far as I know but Melissa’s performance of Lizz Wright‘s ‘Hit the Ground’ (not on the album) is available to watch on her YouTube channel:

You can read an interview with Melissa James in today’s Harrow Times.

Here’s a taster of what Helen has to say about Day Dawns:

“…The album is solidly rooted in soul, jazz, funk and rhythm’n’blues traditions – back in the 1960s and 1970s when R&B meant something quite different from today. Think perhaps of record labels such as Stax Records and Motown rather than, say, Def Jam. Of course, the term R&B has undergone many shifts in meaning since it first came into widespread use in the US in the 1950s. Back then it was frequently used to refer to blues music, particularly the amplified electric blues coming out of Chicago, Memphis and Detroit and other American cities that had seen major influxes of African American people. But R&B has always been more of a catch-all tag, taking in gospel, soul and funk at various times; even the post-disco meaning in widespread use today is often as likely to refer to some combination of hip hop, soul and funk influences than to one specific genre.

This isn’t to say that Day Dawns is an anachronistic take on urban contemporary African-American music; far from it. In fact, although R&B is a significant influence on Melissa James’ sound, it is really only a part of it. The album moves through a diverse range of styles, including a healthy dash of jazz, blues, torch singing and even country music. Interestingly, all but two songs are original compositions by Melissa with co-writer Ross Lorraine; a clear yet subtle statement of intent…”