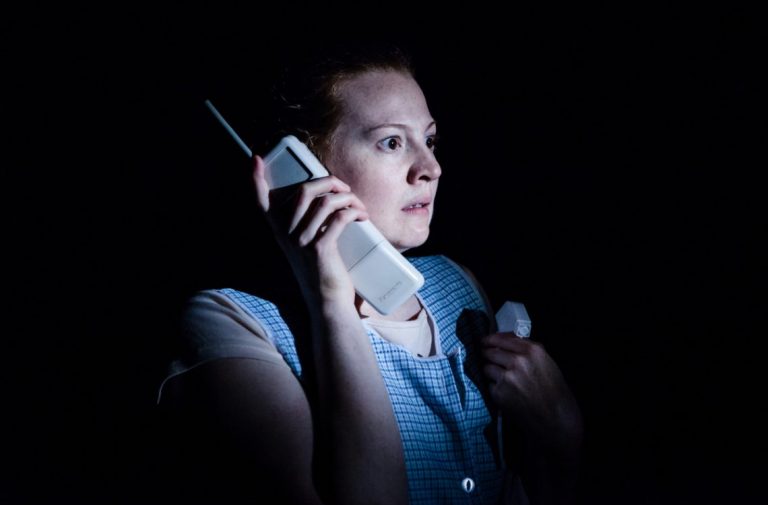 When I first heard about The Sluts of Sutton Drive, my reaction was one of tired annoyance. The word ‘slut’ is problematic, often contrasted with the masculine word ‘stud’, which conveys glory and conquest. In comparison, the feminine ‘slut’ is frequently used as an insult. However, upon reading details of the play and the writer, I became more enthusiastic. Joshua Conkel, from Washington in the USA, has been called ‘the most important queer playwright of his generation’, and his reasons for tackling the subject matter of The Sluts of Sutton Drive were interesting:

My mother had my big sister when she was 18. My sister was a teenage mother too. So were loads of my cousins and neighbors. We celebrate motherhood and wifedom in this country, even for working class girls for whom becoming a mother is a sure fire ticket to systemic poverty, especially in the U.S. where we have virtually no social services… I guess it seems that feminism is only for women of means and that for working class women like those in my family, not much has changed in the past few decades.

The issue of feminism as a movement that sidelines working-class women has been well-documented, with a post in this very blog on the matter only a few months ago, so I was eager to see what Conkel had to say about the problems facing working-class women in his play.

It is impossible, in the short snippets of dialogue, to get any real insight into what it might be like to face these problems

If Conkel thought he was critiquing the feminist movement, or highlighting the abominable situation of working-class women, he was mistaken. It is impossible, in the short snippets of dialogue, to get any real insight into what it might be like to face these problems, particularly when they’re presented to the audience as jokes. For example, at one point one of the characters considers that in some circumstances, it is hard to define whether rape has occurred, and dubs it ‘mape’, as in ‘maybe-rape’. His lines are clearly designed to get laughs, which means that as he continues, the actual problem of misconceptions of rape remains unaddressed. 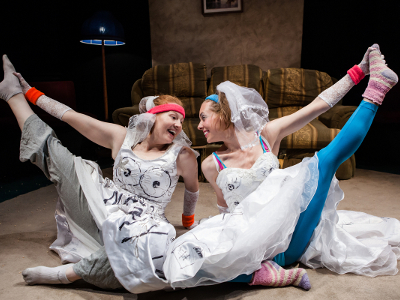 In addition, the effect of piling all these grievances onto one woman serves to make her circumstances unbelievable. This is aggravated by the other fantastical elements of the plot. In a world where there is a portal to hell concealed in a sofa, who can tell whether depression is a real world concern, or just part of Conkel’s alternative universe? On top of this, it is hard to fathom the main character, Stephanie Schwartz. She talks a number of times about her inability to communicate and feeling trapped – yet seems completely able to open up to her best friend and her boyfriend about exactly how she feels on any number of topics. It is hard to believe that the people in her life could be unaware of how she’s feeling – and if her openness is a recent change, then there is no reason given for it.

On top of the lack of depth that came from the number of topics brought up, the play also suffered from short scenes that were interrupted by awkward and choppy scene changes. There was a lack of momentum, and therefore the play dragged. Somehow, on the night I went, it lasted for half an hour longer than the stated running time, and the ending seemed incredibly drawn out.

The use of humour can be brilliant when it is helping to expose problems or highlight our own prejudices – but here, it was a mask, preventing the audience from seeing the face of hardship

There were a few moments that I did appreciate. Two members of the audience had to shuffle aside to accommodate The Mailman, which emphasised his intrusion into Stephanie’s life. At another point, Stephanie and her best friend, Sharice, danced on stage in graffitied wedding dresses, showing their rejection of society and of men, which was a nice demonstration of the idea, even if the process with which they had reached this point made little sense.

The societal invisibility of working-class women is a real problem. I was hopeful that this play would address that; instead, I came out of it feeling that the real problems of women had been exploited for laughs. The use of humour can be brilliant when it is helping to expose problems or highlight our own prejudices – but here, it was a mask, preventing the audience from seeing the face of hardship. Sadly, I feel that my first impressions were right: The Sluts of Sutton Drive does nothing for the women Conkel claims to represent.

The Sluts of Sutton Drive was shown at The Finborough Theatre.

The production photos are by Richard Davenport and used with permission.

Megan Stodel is the theatre and arts editor of The F-Word.