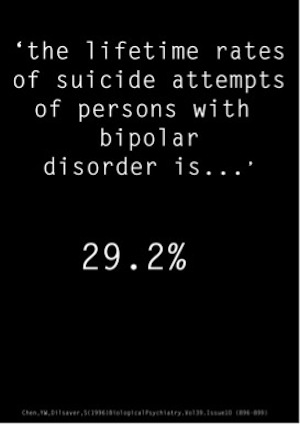 According to the research published in peer-reviewed journals, lifetime rates of suicide attempts among persons with bipolar disorder is 29.2%. In her candid article, Yasmin Melany shares her personal story behind scientific data.

Yasmin is completing MA in Women’s Studies at York University and volunteers for MIND, co-facilitating a group for women with complex mental health issues. She is also working on starting a ‘Women with Bipolar’ group alongside Bipolar UK.

It was working with bipolar women that made Yasmin put together selected images from her lifelong photography archive to a highly personal soundtrack and create a short film for one of her course modules.

She was able to identify common themes in many women’s stories:

“Working with women with bipolar disorder made it clear to me that losing custody of children is a major concern for us. Once lost, it is only after years of reasonable stability and court appearances that mothers can hope for custody to be re-established. Obviously, the stress resulting from this situation has the potential to destabilise the mother further and start a vicious circle. It took me five years, £10,000 in court costs and a court order, that allows my ex-partner (who is not a psychiatrist) to decide when or if I have an episode, to finally get my daughter back home.”

Click here to read Yasmin’s description of her film frame by frame.