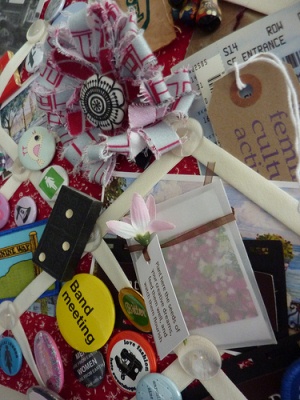 Welcome to this week’s round-up of stories and articles of interest from the last week. As ever, inclusion does not imply endorsement. Feel free to add anything we’ve missed in comments!

Kimberly Seals Allers: “People don’t expect to see me as a breastfeeding advocate”

The rise in women seeking a perfect vagina

My miscarriage, my abortion – On US fetal personhood laws

Saudi Arabia: The “Faceless” Experiment – In which a Saudi blogger reports on her experiences of wearing the niqab for the first time

The women Greece blames for its HIV crisis

Does my disability pride scare you?

Hello from the Underclass: Unemployment Stories Vol One

“About Face”: Yesterday’s supermodels take a long look in the mirror (Washington Post)

Rapists explain themselves on Reddit and we should listen

Anti-Suffragette Postcards from the Early 20th Century – and over a century later we’re still fighting the same stereotypes!

2012 Olympics Opening Ceremony: Why subversive gestures are not enough

Photo of a pin board covered in various lovely things, including feminist badges, buttons and postcards, by our very own cathredfern, shared under a Creative Commons licence.