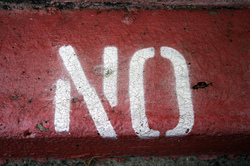 26th July: I am relieved to be able to report that this does appear to have been due to a hacking attack. The BBC got in touch to say that the tweet was entirely unintentional and that they sincerely apologise that it happened.

You know how hilarious domestic violence is? How it’s really funny when a man beats up his partner and it’s usually her fault because she gets weird tattoos?

Oh, that’s right. You don’t know those things, because they are quite clearly ridiculous. However, someone needs to tell BBC Suffolk that. 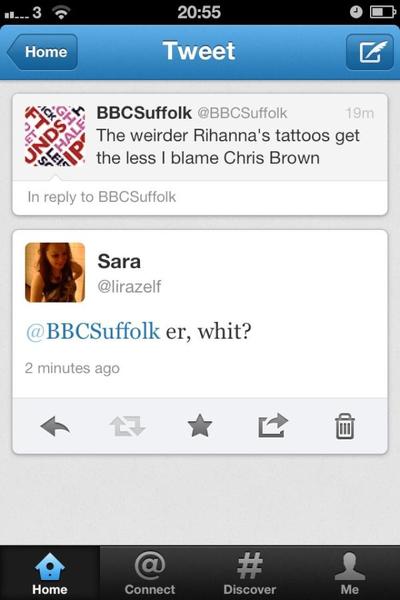 It was rapidly deleted and then, in the most insipid of apologies, BBC Suffolk thought that saying that there was “something up with their feed” would suffice.

Apologies, it appears something is up with our feed. Thanks to those who pointed it out to us

It will be interesting to see if they actually step up and make a proper apology, as it looks unlikely that the awesome feminists of Twitter will let it die down quite so quickly. Here is just a selection:

@BBCSuffolk “something is up with our feed”. Yeah, technical glitches CONSTANTLY cause my twitter to spout misogyny.

@BBCSuffolk Somebody condoning Domestic Abuse is not a technical glitch. It’s a disciplinary issue, & you should apologise. @thefworduk

MT @BBCSuffolk: Apologies, something is up with our feed. Thanks to those who pointed it out to us < Oh? Did the sexism elves get in again?

. No @BBCSuffolk something is not wrong with your Twitter feed, and that is not an apology. Completely unacceptable. @thefworduk

Thanks to @lirazelf and others for having the presence of mind to grab a screenshot in time.

Edited to add: It is possible that BBC Suffolk were genuinely hacked. That tweet has been ‘doing the rounds’ and it is impossible to know at this stage whether it is just a bad joke being repeated, or a genuine spam tweet.

[The top image is a photograph of a spray-painted word ‘no’. It was taken by Nathan Gibbs and is used under a Creative Commons Licence]