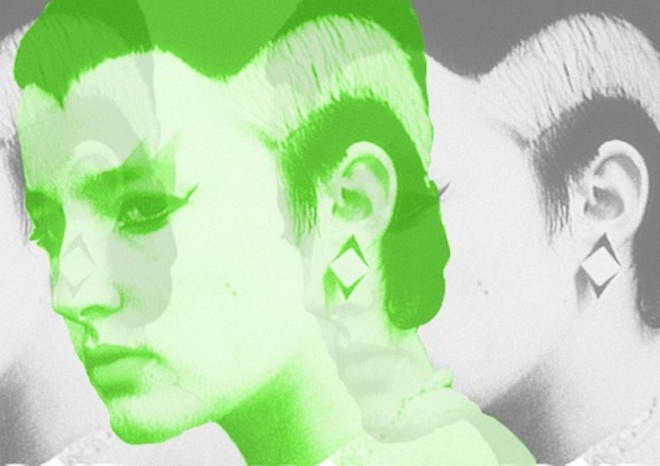 Look out as radical gangs of girls congregate on the streets of Newcastle-upon-Tyne this September! Local DIY queer underground promoter even clean hands cause damage and the independent community-run Star and Shadow cinema proudly present a season of films that focus on rebellious Girl Gangs. From punk rockers, skateboarders and teenage runaways to feminists, queers and dykes the season will focus on moments where the radical relationships and creative projects between women, girls and queers are made visible on film by independent ‘insiders’ and commercial ‘outsiders’.

The season starts on Sunday 2 September with a special double bill that includes Lou Adler‘s infamous Ladies & Gentlemen, The Fabulous Stains (1981) and David Markey‘s Desperate Teenage Lovedolls (1984), both introduced by me. In The Fabulous Stains the all-girl punk band The Stains struggles for fame and success. Although film executives tried to bury the film, its obscure appearances on cable TV subsequently inspired the riot grrrl generation. Bikini Kill’s Tobi Vail once described the film as “the most realistic and profound film I have ever seen”. The underground film Desperate Teenage Lovedolls offers another story of the all-girl band The Lovedolls. Bunny, Kitty and Patch are three teenage runaways who rise to fame from street life in Hollywood. Their success does not come without a price, thanks to a sleazy rock manager, rival all-girl gang The She Devils, parents and doctors.

This is followed by a very special evening with renowned Canadian underground queer filmmaker and artist GB Jones, featuring a triple screening of The Yo-Yo Gang (1992), The Troublemakers (1990) and The Lollipop Generation (2008), followed by a phone Q&A with director herself. The Yo-Yo Gang is an exploitation film about girl gangs and features many prominent queer musicians including Leslie Mah (Tribe 8), Donna Dresch (Team Dresch) and members of Fifth Column. The tagline for the film reads: “Gang girls frequently out-curse, out-fight and out-sex every boys’ gang around”. The Troublemakers documents the antics of a rebellious queer gang featuring Caroline Azar, Bruce LaBruce, Joe The Ho, Suzy Sinatra, Dave-Id, Cizzy Che, Kelly Ellis and GB Jones. The Lollipop Generation tells the story of ‘Georgie’, a runaway teenager played by Jena von Brücker, and the people she meets. The film serves a diary function capturing an entire generation of underground performers including Vaginal Davis, Calvin Johnson and Jen Smith.

Next, controversies in the representation of lesbianism in 1980s film culture will be discussed by Dr. Katherine Farrimond (Newcastle University) after the screening of queer-punk mainstay Times Square. The film tells the story of two teenage runaways Nicky Marotta and Pamela Pearl who form an underground punk-rock band The Sleez Sisters and gain a cult following after broadcasting their volatile songs and speeches on LaGuardia radio station. The story is based on a runaway girls’ diary found in a sofa and bought by director Allan Moyle. The film is controversial as the studio cut out much of the lesbian content.

The season will conclude with From the Back of the Room (2011), an independent documentary that looks back at over 30 years of women and girls’ involvement in underground punk culture, bringing the story up to the present day. Many people have the impression that the riot grrrl movement in the 1990s was the end-all, be-all of women and girls involvement in DIY punk underground culture. This is definitely not the case! Plenty of amazing ladies prior to this era paved the way for it and plenty of amazing ladies continue to help keep DIY together today. The film features interviews with over 30 women from across the country, ages 17 to 40, including Slade Bellum, Cynthia Connolly, Kathleen Hanna, Kirsten Patches, Laura Pleasants, Cristy Road and Allison Wolfe. A Skype Q&A with director Amy Oden will give the audience opportunity to ask where now for radical girl gangs.

More information about the season is available at the Star and Shadow Cinema‘s website.