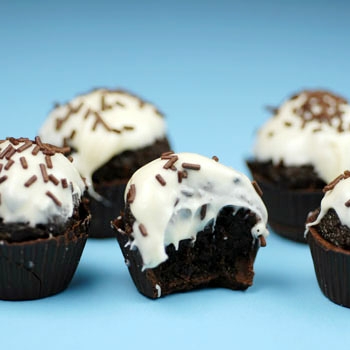 ‘Cupcake feminism’ is a term that I suspect was first coined as a way to disparage activists who spend time cooking and crafting.

But this week on The F-Word, we run a feature from a self-described cupcake feminist, Laura Brightwell, who considers all the ups and downs of the term. And also the revival of crafts, and the casting of that revival as feminist.

We also have some interesting discussion going on in the comments, which is worth checking out.

As it happens, I just made a batch of chocolate cupcakes with my 19-year-old female cousin, who professes not to be able to cook at all (not the ones pictured – ours turned out sadly flat for some reason). She says – half joking – she wants to meet a boy who can cook for her… Which is half pleasing, but there’s also a point where total rejection of such ‘domestic arts’ becomes a problem, something which means you’re not self-sufficient.

Photo by elana’s pantry, shared on Flickr under a Creative Commons license